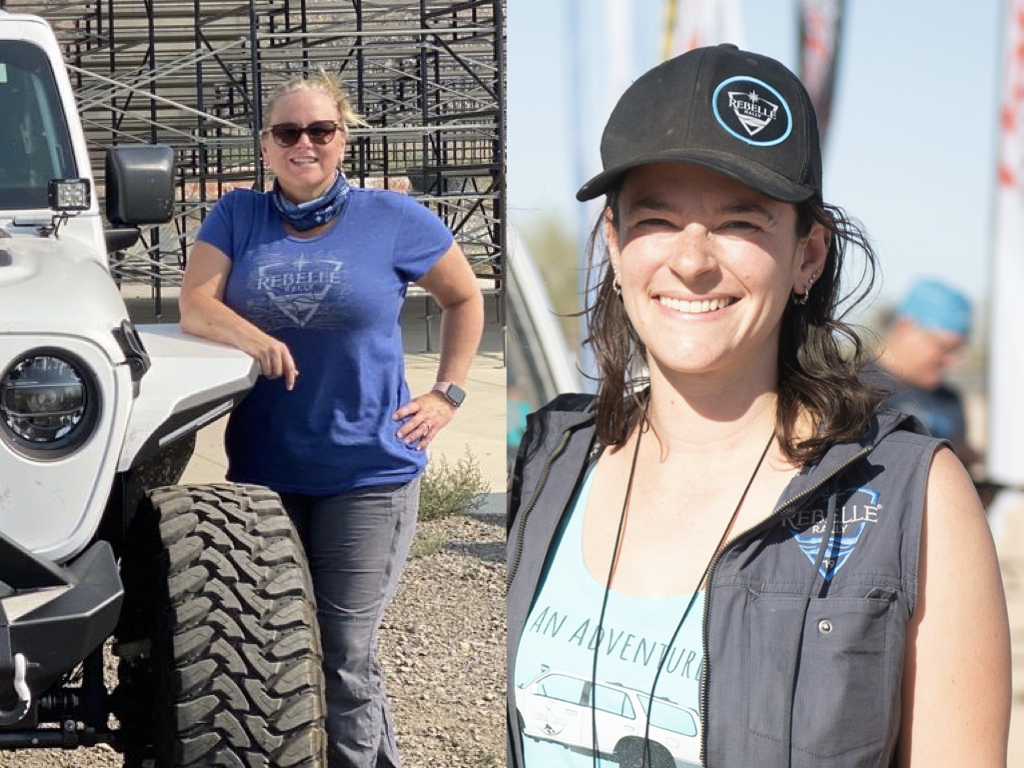 Today’s Team Tuesday hasn’t met in person yet but they are already in sync – common goals, thought processes, and both women in STEM! Living on opposite sides of the country did not stop the two from competing together – and just going for it in the process.

Maria: I was an engine test engineer at Honda R&D for 12 years. I left that position to educate myself in bookkeeping (financial, not library, haha) and I am currently working on building my own bookkeeping business.
Suzi: Chief Operations Officer at Iridium (who is also the Official Safety Sponsor of the Rebelle – so we are in good hands with lots of eyes in the sky watching over us)

What made you compete in the Rebelle Rally this year?

Maria: I love the Rebelle, all the adventure that it is, the physical and mental challenge, and the camaraderie with the world’s greatest women. I have been fortunate to be able to compete in 2018 and 2019, and I hadn’t planned on competing in 2020. However, Suzi was in need of a navigator, and my dear Rebelle friends suggested she contact me. And so, here I am, feeling very blessed to have this opportunity to compete in the Rebelle once again!
Suzi: Katy asked me out as a VIP last year as Iridium is used throughout the Rally for scoring, communications and tracking of the competitors. I was immediately hooked after being so impressed meeting the competitors and hearing more about the event.

How did you and your teammate meet?

Suzi was in need of a navigator one month before the Rebelle, and after many wonderful Rebelle recommended Maria as a potential navigator, it was a perfect match. We found that we have common goals & thought processes (engineer ladies for the win!), we are both flexible & willing to roll with changes in plans, so we decided that this will work out really well. Living on opposite sides of the country, we technically won’t meet in person until just a week before the rally, but we can tell it’s going to be a blast! =)

Tell us about your competition vehicle:

Suzi: It’s a 2020 Jeep Rubicon – I have had a jeep for many many years. Was time for an upgrade so no better excuse than this cool event.

Any other fun facts you’d like to add in?

Maria: I believe it’s never too late to change the direction of your life, it is the adventure story that you get to write.
Suzi: We are Team Stormtrooper thanks to Emily’s naming during the Reno training session.