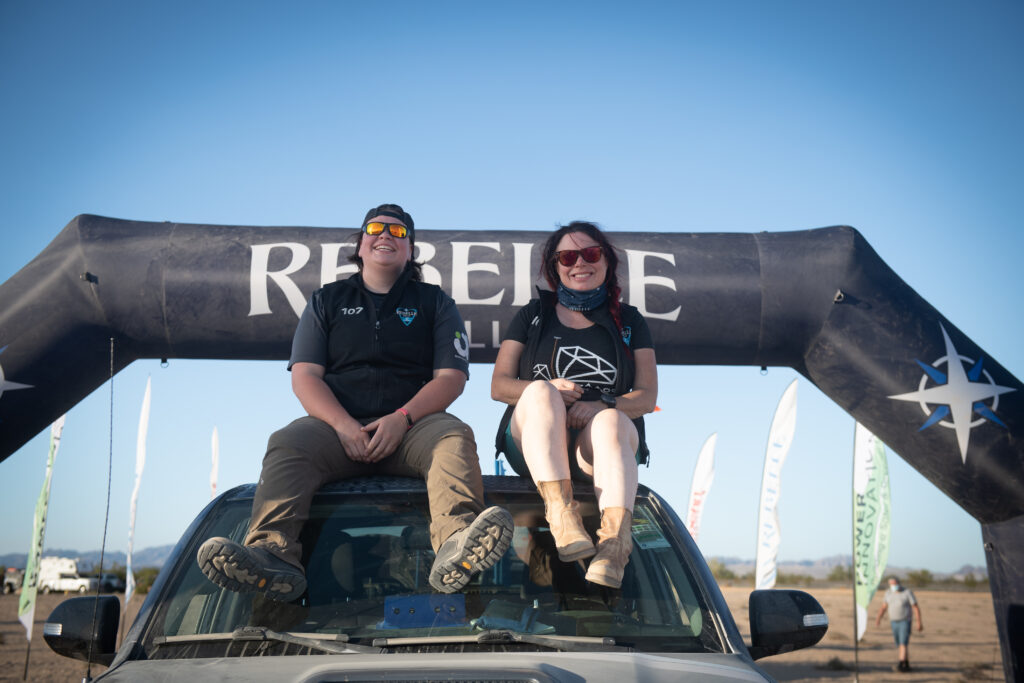 In the mossy fjords of Southeast Alaska, two sisters were born seventeen years apart. Scattered to the opposite coasts, one sister went on to teach herself computer programming, and the other learned how to make incredible high end furniture. This year, April Leone, who has been a driver for the last two Rebelles, will swap places with her younger sister Chelsea Weeden. Early in 2020, April rolled her rally truck/daily driver during a training exercise in Glamis and spent the summer learning to rebuild, fiberglass, and repaint the now salvage 4runner. Some marketers will tell you “diamonds are a girl’s best friend”, but wait until you see Luna’s diamond plate. As a child Chelsea loved playing with Tonka and Monster Trucks. Now as an adult she challenges herself professionally, working alongside predominantly men over 40 in the Facilities Operations division of the Burlington International Airport in Vermont. Nonetheless, she lives that childhood dream of driving giant machinery from Oshkosh XT Tow-behinds to bucket loaders while also diving into multiple woodworking and carpentry projects. Chelsea not only brings the competitive edge to Team 107 but also brings the skills and knowledge of operating large equipment combined with harsh winter conditions. For April, her childhood was spent rather feral, spending her time doing things like installing cable with nothing but a steak knife and boredom when she was 12 years old. By 14, she was borrowing the family golden retriever and trekking into the woods for a couple of days alone. At 15 she dropped out of highschool to get a GED, went to college for Environmental Science, and then found a love of Software Engineering. She currently works as a Senior Software Engineer for Rosetta Stone. Her 5-year plan is to be your next CTO. Chelsea Weeden, currently residing in Colchester, Vermont with her two favorite balls of fluff (bunnies) Lilly and Gingersnap. She graduated with a Bachelor’s degree in Athletic Training with minors in Health and Coaching while also playing rugby for one of the best Varsity teams in the nation. To be honest Rugby beat the hell out of her, so while she is 30 on the outside, internally she has the athletic ability of a 73 year old white male. The Luna Chicks are coming back in 2021 with a streamlined truck, more erasable pens, spare valve cores, and determination to make it to the top 10 this year.
Link Facebook Instagram Twitter

“Go that way, really fast. If something gets in your way, turn.” - from the movie Better Off Dead.

After last year’s rally I discovered a renewed interest in mapping. I took a Cartography course and it was such a lovely balance of art and technology that I became obsessed! 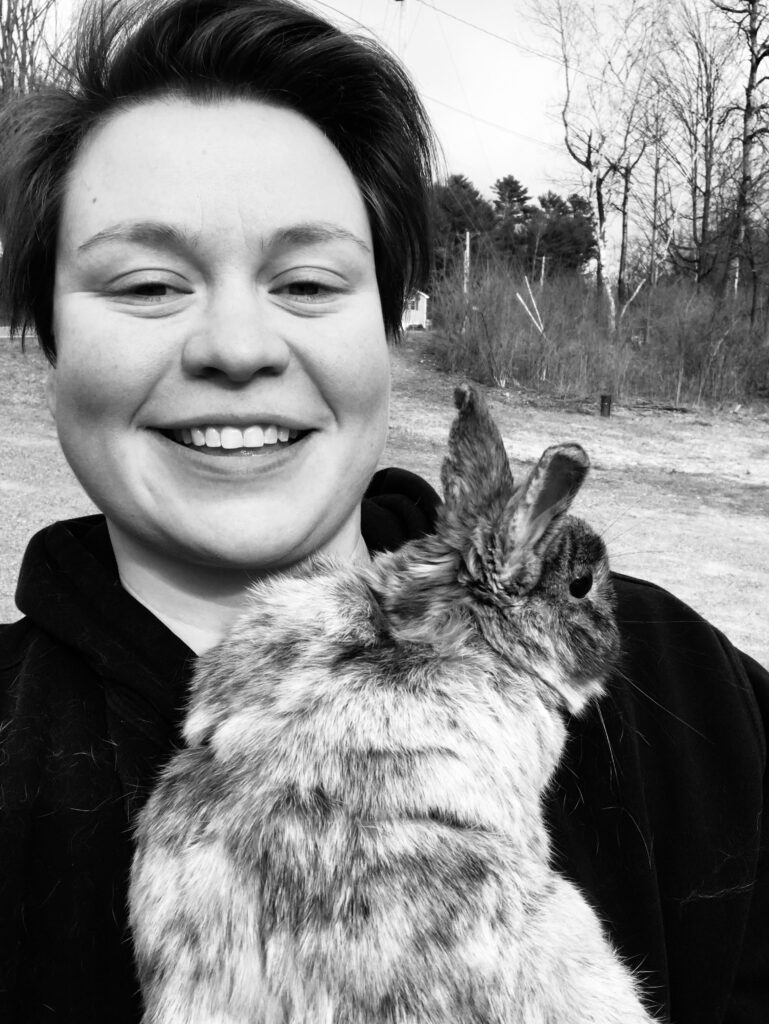 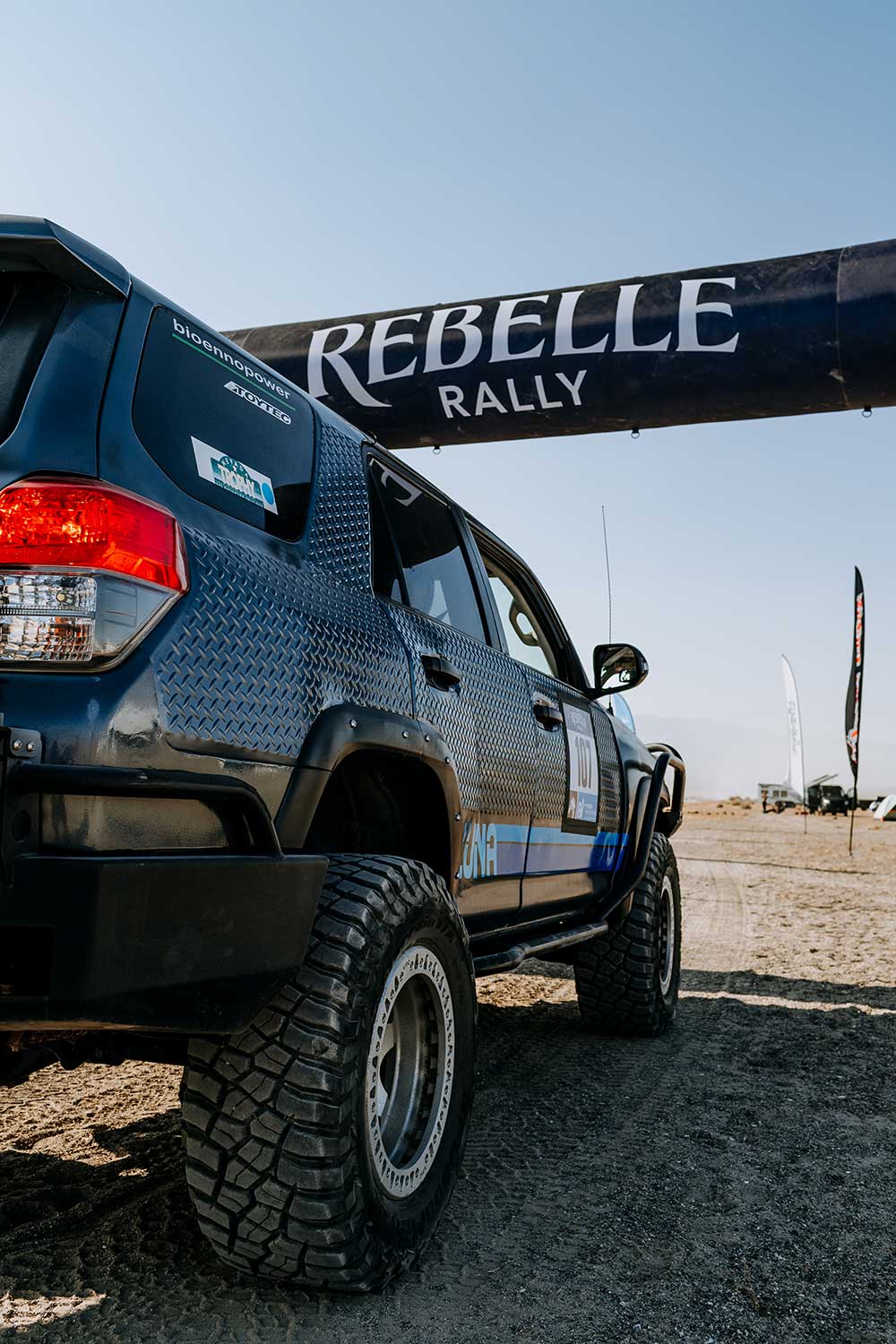