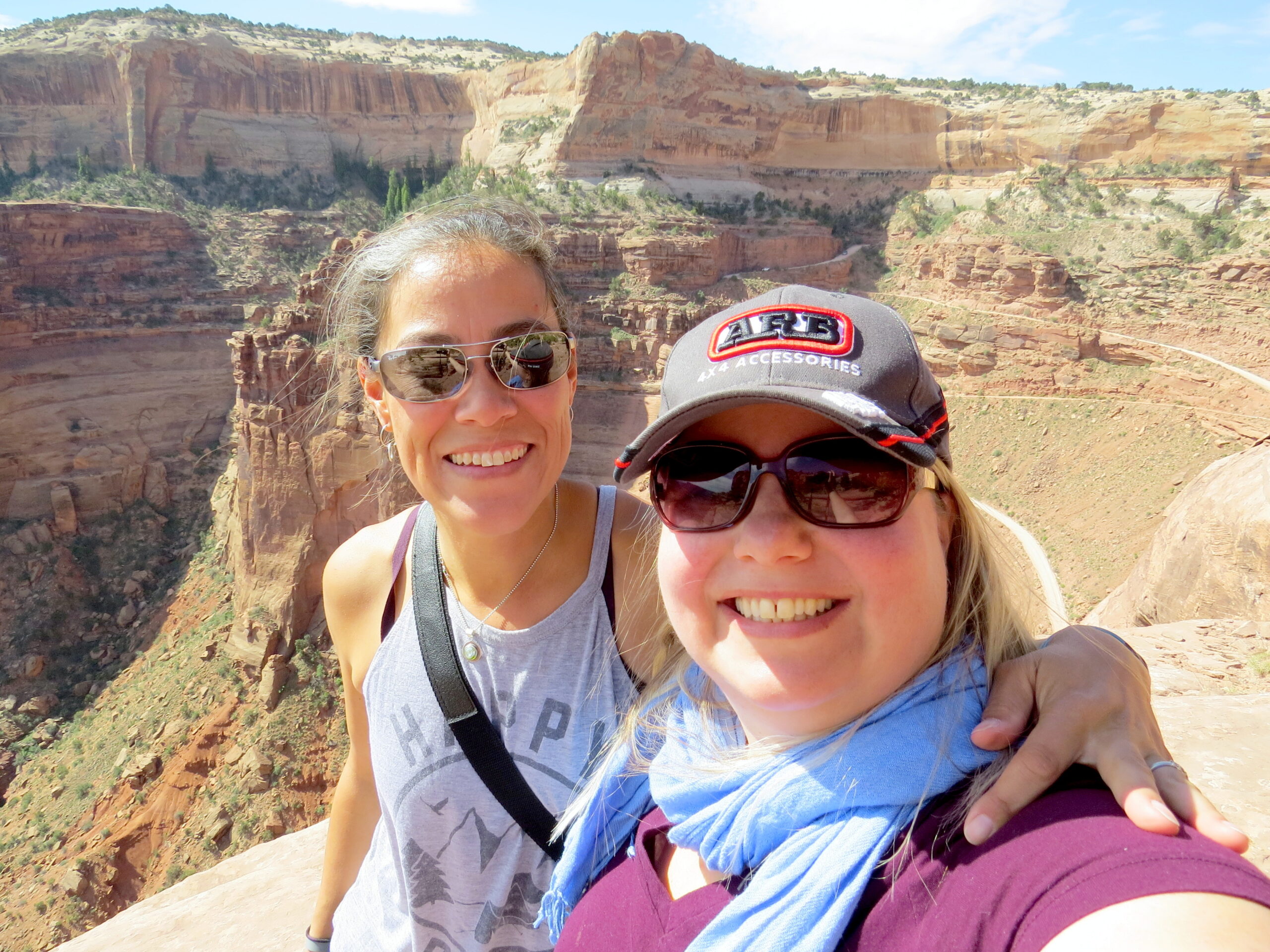 The Honeybadgers, Team #156 Driver: Rasa Fuller @rasainthedesert @historyinthewild Rasa is an experienced off-road driver and overlander, who has been driving and co-driving her 2004 Toyota Tacoma with precision and speed all over the desert southwest for more than 15 years. She is also an engineer and a top-notch Toyota Tacoma mechanic’s assistant who has been wrenching alongside her husband on this truck since it was brand new. Rasa’s day job is a Director of Program Management at Honeywell Aerospace, where she leads her development teams through the toughest challenges, building and executing strategic plans and managing risks. She will be leaning on all of those skills and more during the Rebelle Rally! Navigator: LeeWhay Pasek @lwpchickadee @overlandwithus LeeWhay is an experienced overlander and world-traveler, and is an expert at reading maps and navigating best routes through unfamiliar territory, albeit with more modern tools than are allowed in the Rebelle Rally. She will be translating those skills into her map/plotter/compass training and routefinding  work. LeeWhay is an excellent off-road driver herself, with tons of experience in the US and abroad, including the deserts and mountains of Morocco and Mexico. She will be an invaluable asset to Rasa when spotting and marshalling are needed in the toughest terrain. LeeWhay is a physical therapist and will make sure nobody is slouching on the HoneyBadgers team! The HoneyBadgers’ Third Teammate Rasa’s 2004 Toyota Tacoma, also known as PHXTaco, will carry the HoneyBadgers to the Rebelle Rally finish line. This truck has been built for and proven on desert adventures, racking up 260,000+ miles of fun. It has an upgraded suspension with a 3” lift, all-terrain tires, on-board air compressor, winch, steel skid plates, sliders, and a desert-adapted front bumper. Front and rear auxiliary lights turn night into day when needed. Nearly everything in the engine bay was replaced in 2020, including the engine itself. Check out @historyinthewild on Instagram to see all of PHXTaco’s adventures in the desert and in the garage. Then you’ll understand why the HoneyBadgers have such confidence in their trusty steed!
Link Facebook Instagram Twitter 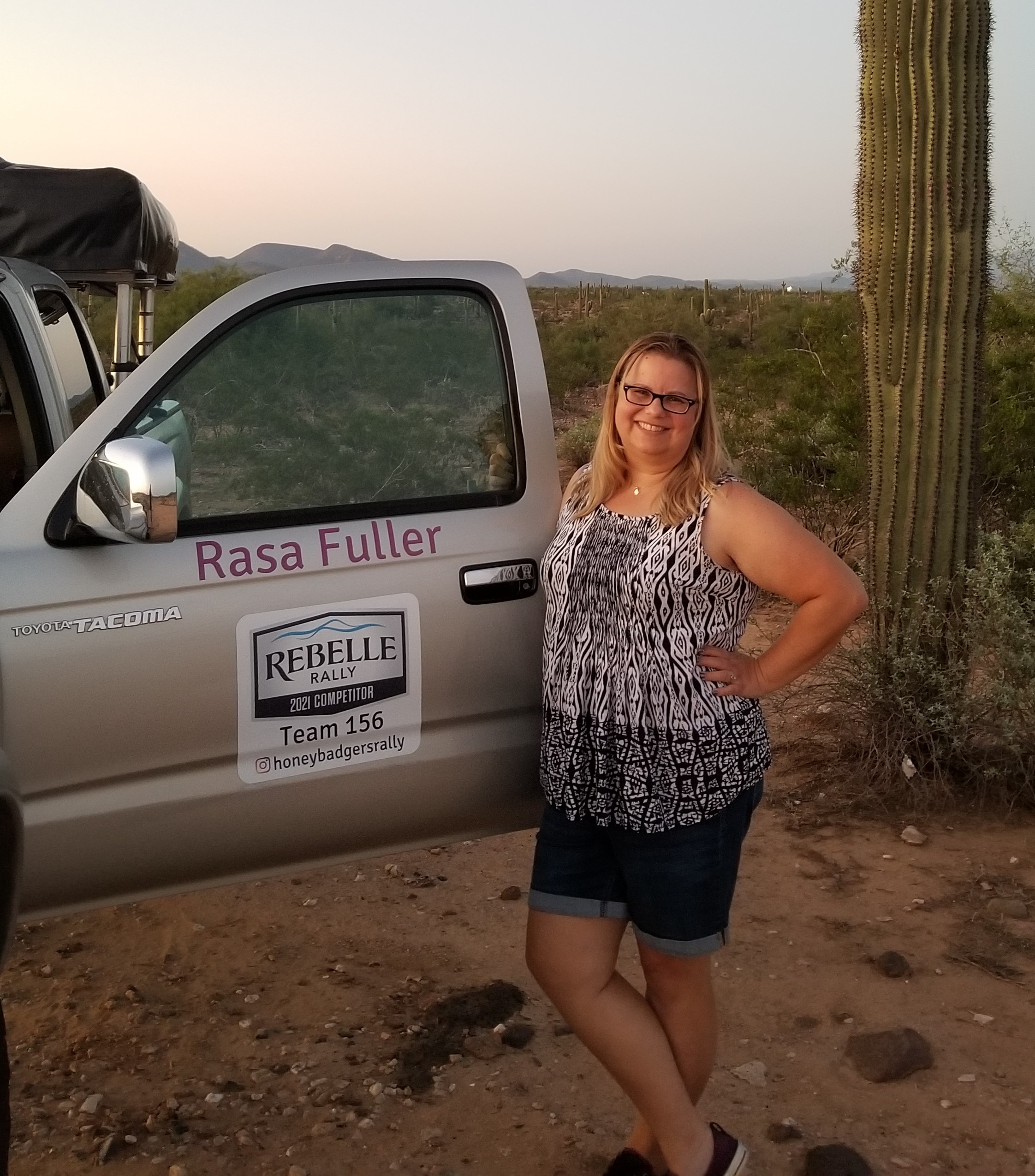 “Aim for the stars; if you miss, you'll still hit the moon!”

My off-road driving and terrain reading skills have been honed by years of zooming around the desert southwest looking for historic WWII-era aircraft crash sites with my aviation archaeologist husband, Craig. I joke that I haven't hiked on an actual trail since I started hanging out with him! We get to a likely area using highly inaccurate distance/heading data, and other clues like elevation and terrain shape and direction of travel as reported in the original aircraft accident reports, and then we triangulate the nearby terrain with grainy old microfilm photos. When we find a site, we document with modern photos and the actual GPS coordinates, and do our best not to change the site, as it tells the story of the accident. #takeonlypictures #treatitwithrespect

"Don't look back, you aren't going that way!"

I was raised by my paternal grandparents who were two amazing people. 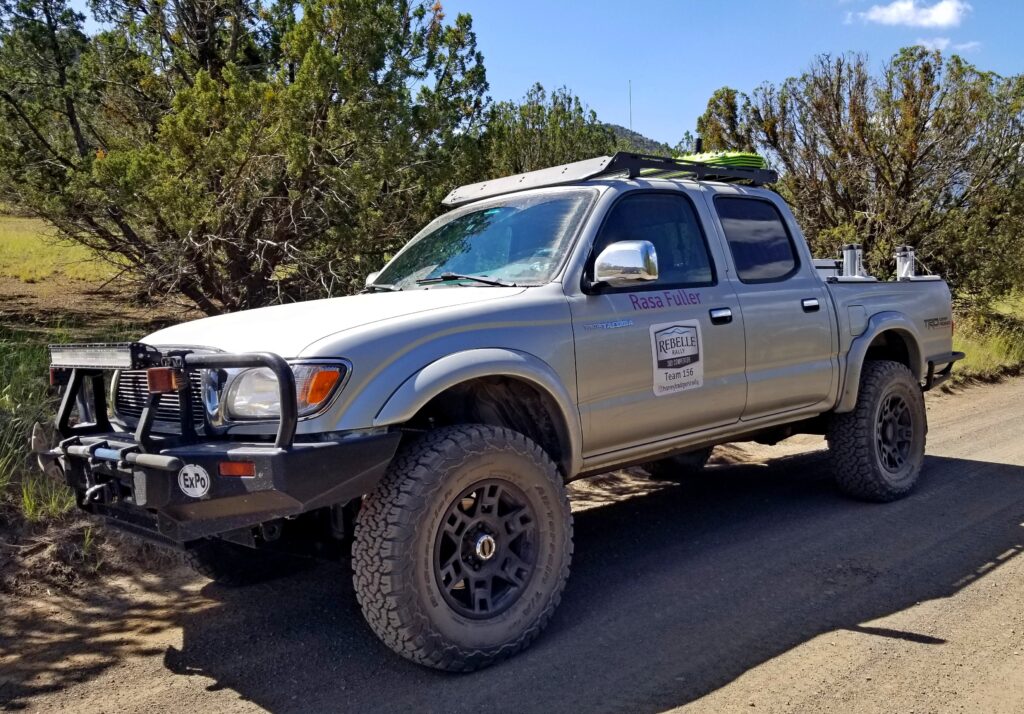