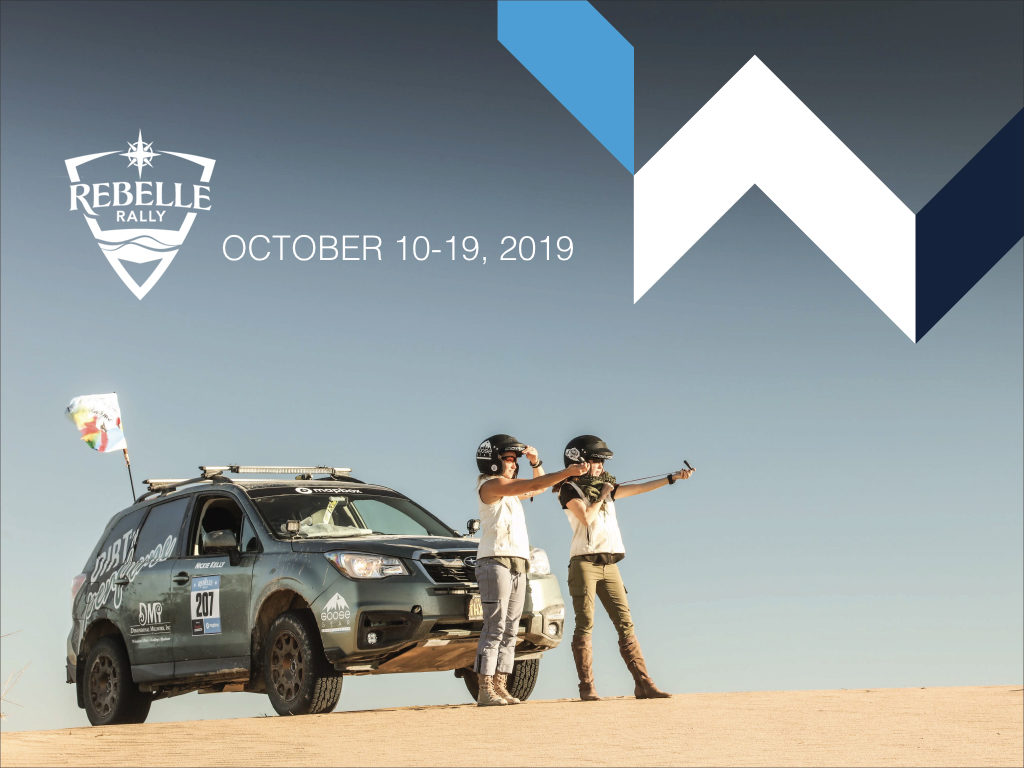 The Rebelle Rally started innocently enough eight days ago with an unscored day leaving from picturesque Lake Tahoe.  Don’t be fooled though, this event is an absolute pressure cooker.  Rebelle founder Emily Miller and Course Director Jimmy Lewis set up the course to be increasingly difficult for each day of competition, in terms of both navigation and driving skills.  “The idea is to challenge competitors, not overwhelm them,” Miller explains.  You could call the week practice, as it all culminates on Day 7 at Imperial Sand Dunes (aka Glamis) where there are no roads and few visual markers to use for navigation. 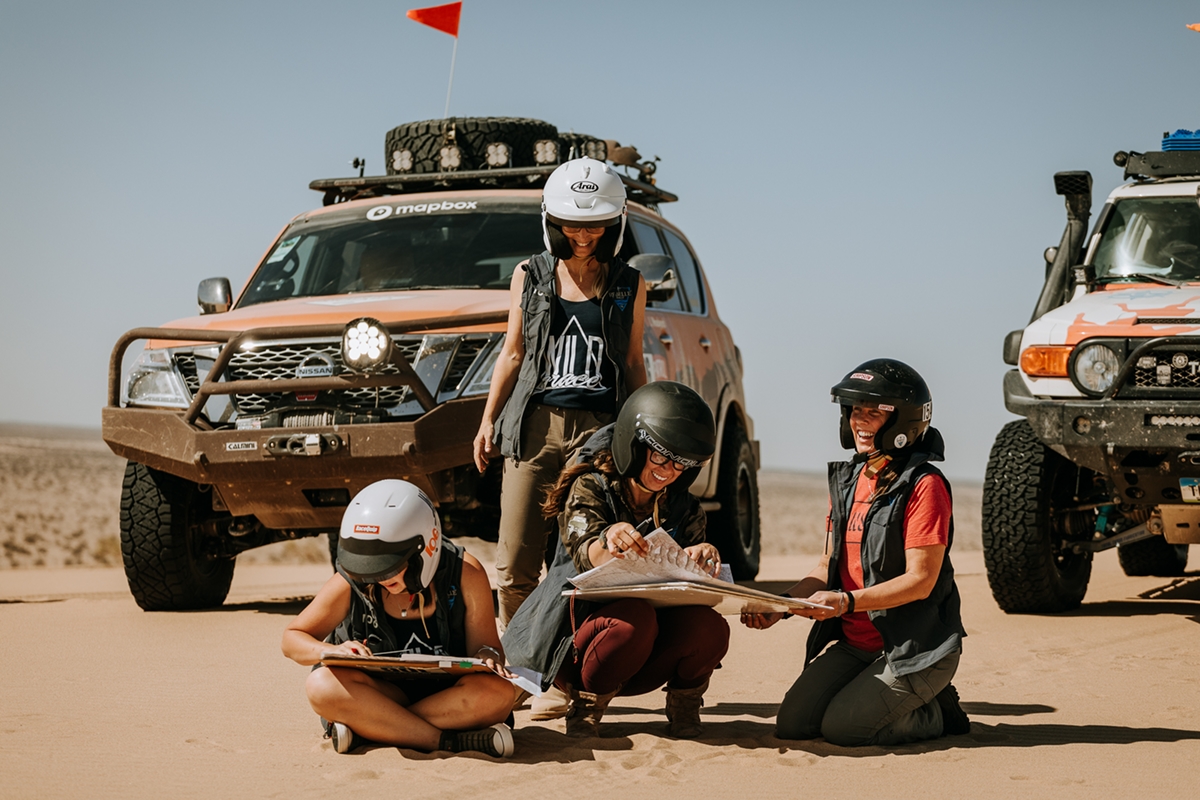 Just a few points separated the top five teams coming into Day 7, forcing them to use all their training and skills to succeed. Several teams rose to the occasion, with the overall winner of the 4×4 Class literally coming down to the final minutes after eight grueling days of competition.  The top score of the day was posted by Team Rouge Wave – #123. “Today was the best day I have ever had on the Rebelle Rally,” three-year competitor Teralin Petereit confessed.  Petereit won the Rebelle Rally in 2017 as part of Team Blondtourage and returned this year on short notice with four-year Rebelle Melissa Fischer to create Team Rouge Wave.  “The Rebelle is a time when I’m fully alive and fully present,” Fischer shared.  “All while playing the best game on the planet with the finest and fiercely competitive women.”  The stellar day moved Team Rouge Wave to second place overall.  They made up six points on Team Xelles – #190, but it wasn’t enough. 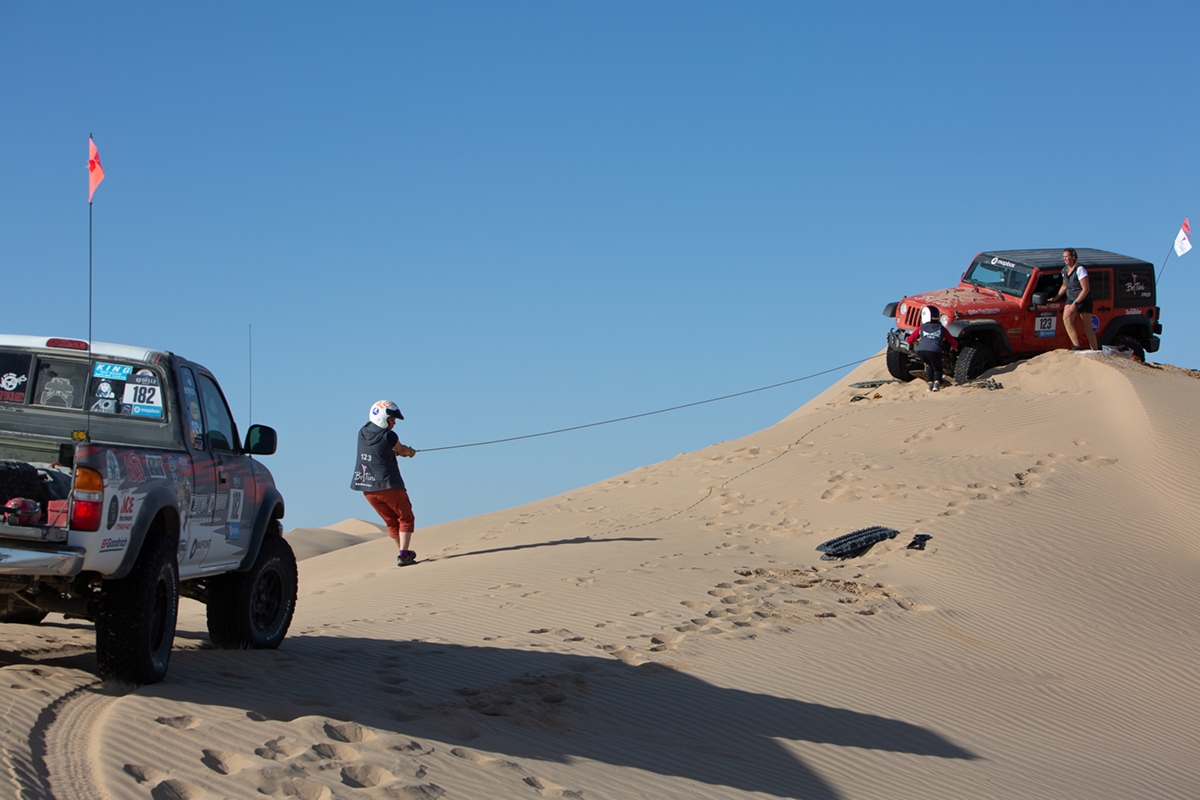 Team Xelles – #190 led the 4×4 Class the entire week, and as such they had a bull’s eye on their backs.  Navigator Taylor Pawley was under tremendous pressure coming into the final day of competition, but she and teammate Rachelle Croft developed a game plan, took their time, and executed that plan flawlessly. CPs were placed by the event staff in the furthest corners of the Glamis sand dunes for the largest test to date of driving, navigation, and time management under pressure, and Team Xelles rose to the occasion in their Lexus GX460 to not only take the win in the 4×4 Class but the Bone Stock Award as well. Their victory nets them $10,000 off their entry fee for next year’s competition. 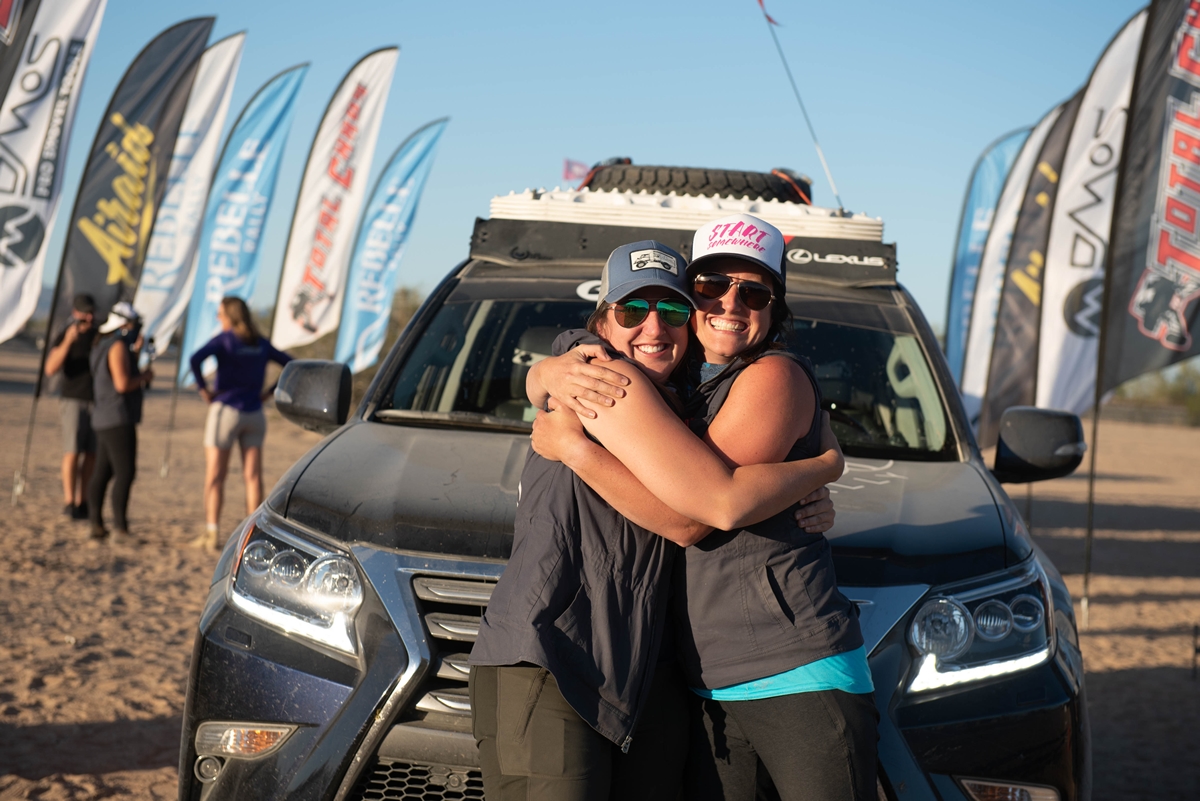 Last year’s champions, Team Clearwater Design – #100 were physically first to many of the checkpoints and back to base camp early in the afternoon on Day 7, even after reaching three blue CPs placed deep within the heart of the Glamis that required precise vehicle placement.  When the dust settled, the Canadian team of Michelle Laframboise and Elise Racette finished fifth and took home the International Cup for the third year in a row.  For their efforts, $2,500 will be donated in their name to the charity of their choice.   Team Luna – #127 earned the Rookie of the Year title, finishing an impressive 12th overall for the week in their Total Chaos-equipped Toyota 4Runner.   Last year’s Rookie of the Year winners, Team Escape the Paved – #176, rounded out the podium in the overall 4×4 Class standings, improving upon their seventh-place finish in 2018 in their Bone Stock Ford Raptor. 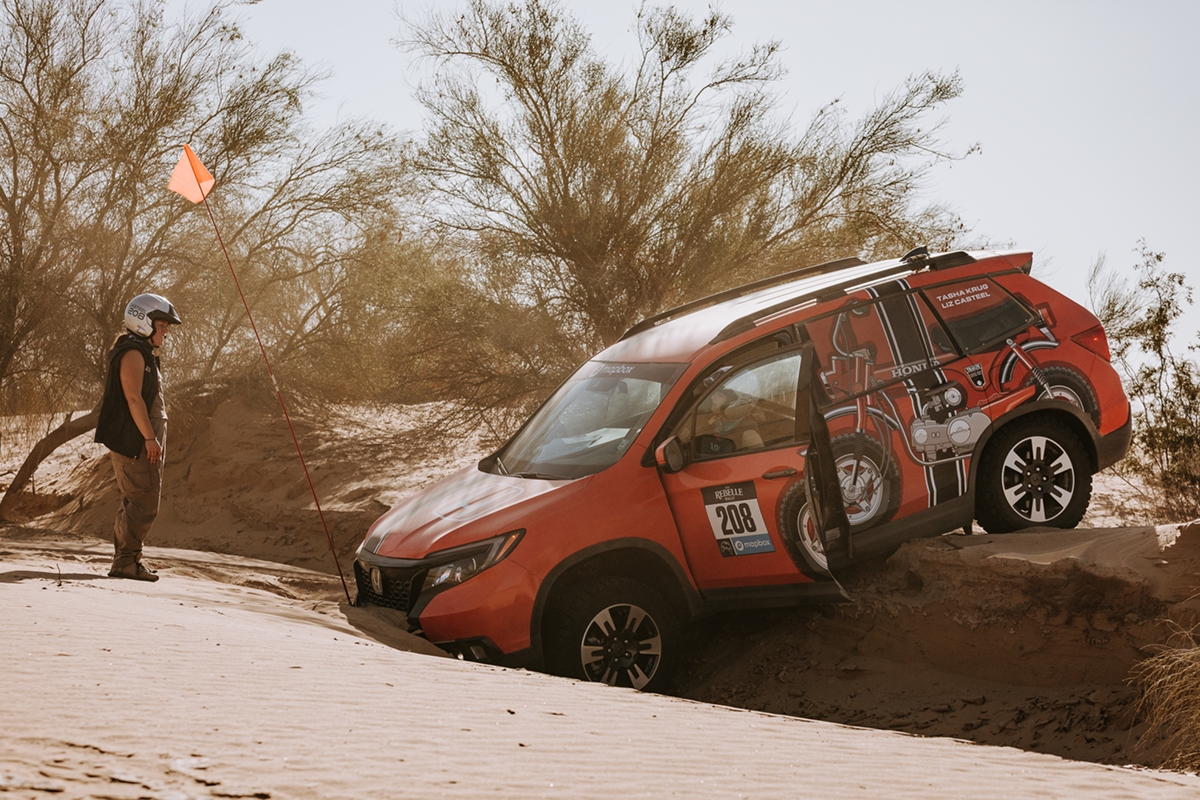 The Crossover Class was not quite as closely contested, despite twice as many entries in 2019 when compared to the previous year.  Team Jeeves – #200 held a solid lead all week long in their Rolls Royce Cullinan.  The team of Emme Hall and Rebecca Donaghe are one of only two teams to compete in all four Rebelle Rallies with the same teammate (the other being Karen Hoehn and Dana Saxten), and their experience helped them fend off Team Record The Journey – #207 and Team Sand Mode – #208. Honda engineers Liz Casteel and Krug of Team Sand Mode were the top-ranking rookies in the Crossover Class in their Honda Passport.  And fan favorites Team Record The Journey made history as Karah Behrend crossed the finish line as the first adaptive athlete to not only compete at the Rebelle Rally, but finish on the podium with her teammate and fellow veteran Rachael Ridenour. 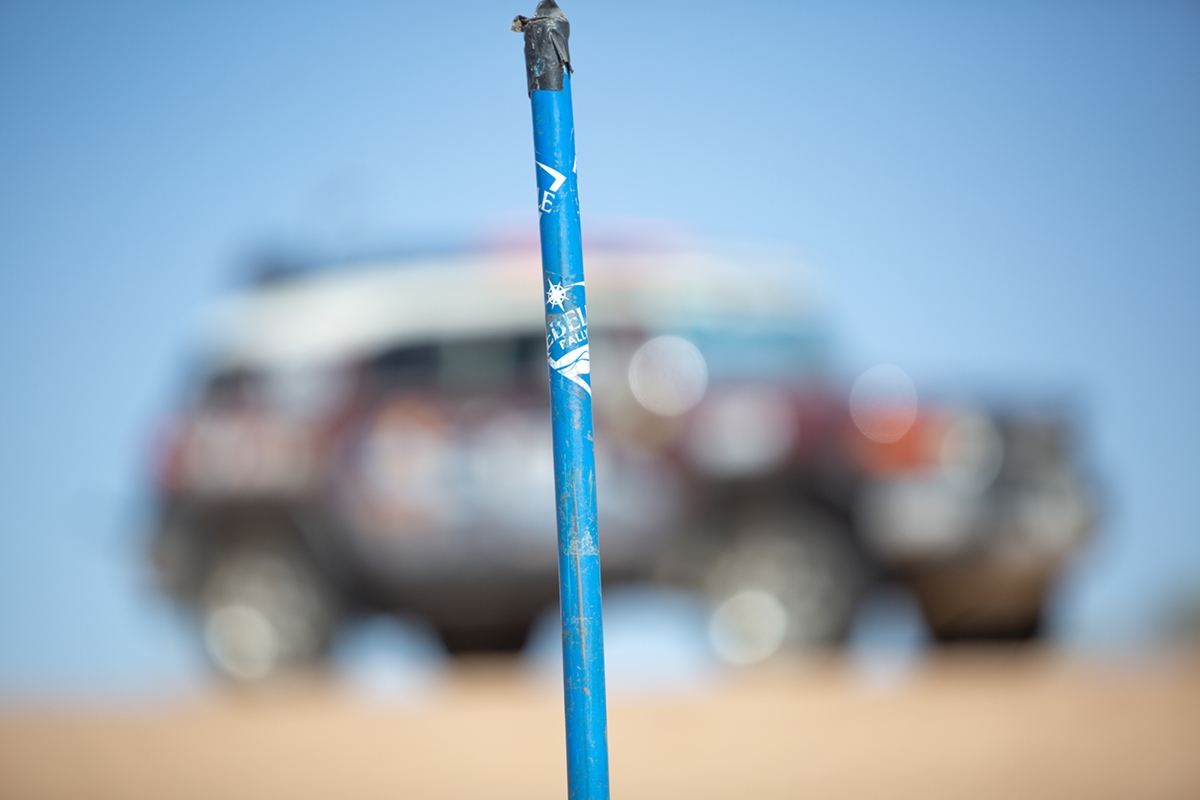 The thirty-eight teams at the Rebelle Rally represented six countries and twenty states, and ranged in age from 19 to 77.  “This rally is really about competing with yourself,” founder Emily Miller explained.  The teams now transit to San Diego for a podium ceremony at Broadway Pier against the dramatic backdrop of the San Diego Bay to the west and the city skyline to the east. From 12 PM to 2 PM on Saturday, October 19th, Rebelle competitor vehicles will be on display and podium awards will be presented. This event is free and open to the public with media in attendance.  The festivities continue at 7 PM until midnight with our awards gala held at the breathtaking Coasterra. Overlooking the sparkling San Diego skyline, competitors will be reunited with their families and friends to enjoy dinner, dancing, awards, and video highlights from the rally. 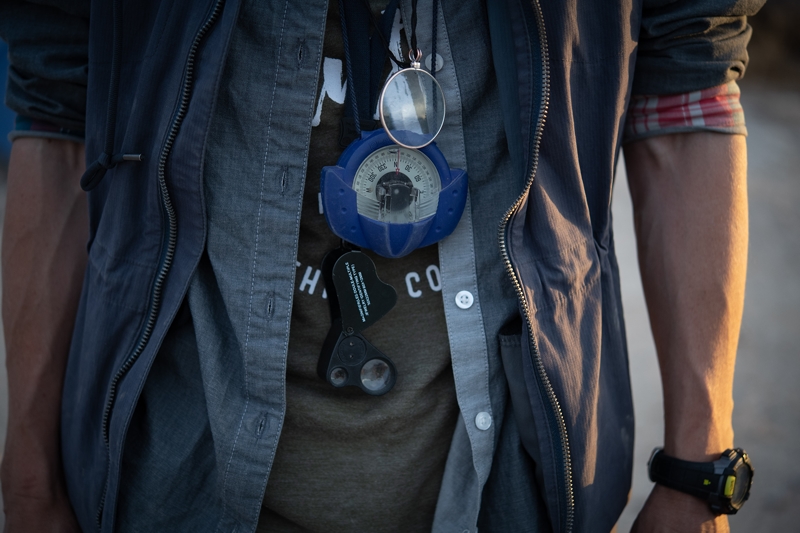 In a sea of competitors, KÜHL has always stood out. From the kickoff in 1983 to present day cult-like status in the outdoor industry, KÜHL’s high-performance yet around-town ready gear leaves consumers loyal for a reason, including Rebelles. KÜHL is the perfect combination of premium quality and technical functionality.  Competitors and staff were outfitted in KÜHL pants and the official rally vest this year, and the feedback was positive from top to bottom. Designers from KÜHL are even working with Rebelles to collect feedback for future collaboration and their continual commitment to making great product.