STAGE 3 of the Rebelle Rally tested the resilient mettle of Reblles, with 60 mile per hour winds laying waste to the course and basecamp, located between Death Valley and Area 51. Basecamp, located adjacent to Big Dune, south of Beatty, took a beating, seeing damage to main competitor’s tent, forcing Rebelles to rely on their required survival supplies to get through the night.

Before the wind hit the sand, 4×4 Class competitors danced along the west side of Area 51 in their search for 24 checkpoints (CPs) over 245 kilometers.  The X-Cross™ Class started in the sand of Big Dune, with moisture from the prior evening making the dunes easier to traverse than in the afternoon’s near-hurricane force winds. After crisscrossing mining roads and dodging wild burros outside Beatty, the teams passed through Rhyolite before crossing into Death Valley National Park. 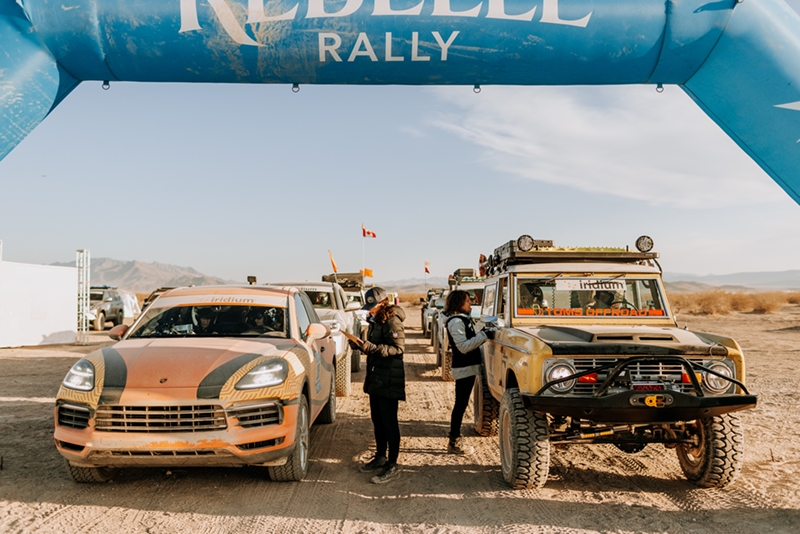 The plan was for teams to run an On Time Enduro followed by their first On Route Enduro through Titus Canyon.  The goal of On Time Enduro is to maintain a prescribed speed. The On Route Enduro awards points for staying as close to the prescribed route as possible.  This was a challenge with white out conditions as the wind rushed through the canyon.  All competitors were clearly instructed at the beginning of the day that the storm was imminent and they needed to have food, water, an sleeping bags with them on the course.  They returned to a basecamp ravaged by the storm, with tents full of sand and dinner consisting of Mountain House meals as the crew and competitors alike waited out the storm. 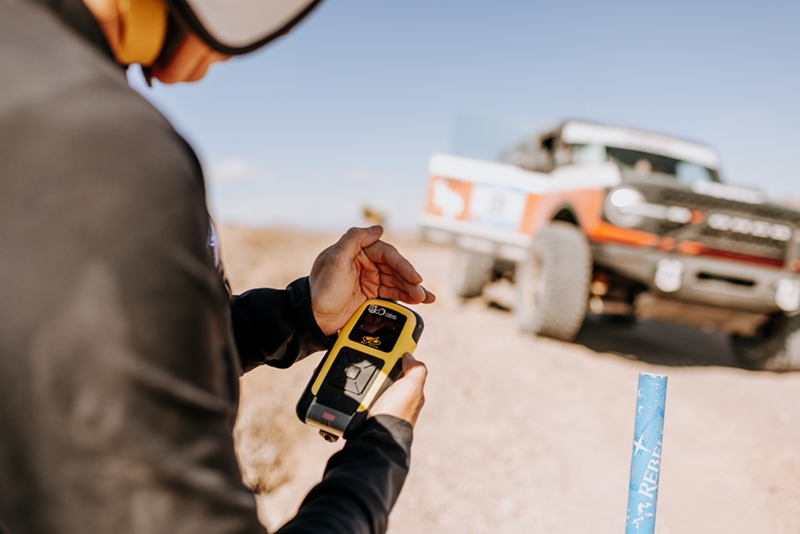 Team #129 4xEventures (Nena Barlow / Teralin Petereit) created a storm of their own, posting the top score for the day to increase their lead in the overall standings. They duo was able to bag several optional checkpoints, with black CP 22X allowing them to edge out Team #150 GOAT (Shelby Hall / Penny Dale) for the day. Team #150 GOAT are currently in third place in the overall standings, just three points behind Team Jeep Thrills #177 (Emily Benzie / Christine Benzie), who finished fourth on STAGE 3. Team #154 Roads Less Traveled (Tiffany Walker / Rori Lewis) took third for the day, demonstrating that they are settling into the new (to them) format of optional X checkpoints after taking last year off.

STAGE 4 takes the competitors from Big Dune to Dumont Dunes via Ash Meadows for the first half of the Marathon. The first two cars go off the line side by side at 7 AM PDT with vehicles leaving camp at three minute intervals, and the live show will start at 6:45 AM PDT. Tune in at rebellerally.com/live as co-hosts Rachelle Croft and Matthew Johnson lay out what is in store for competitors and fans on STAGE 4. 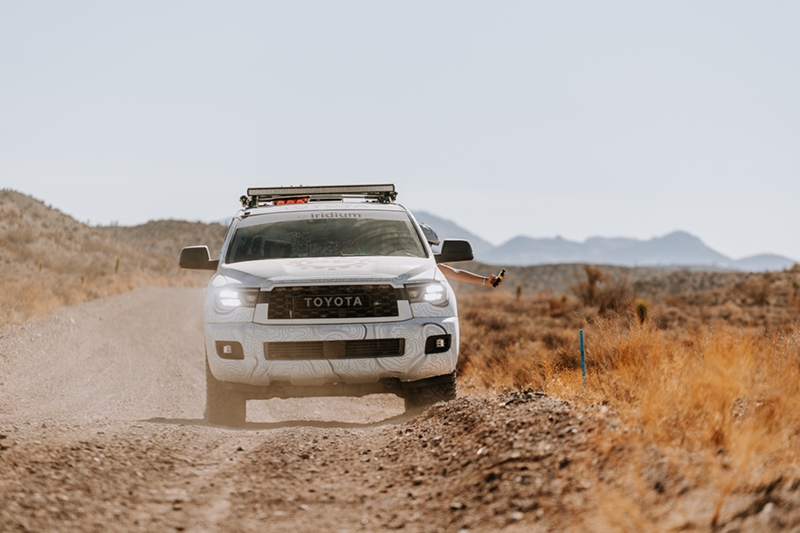 Daily Tech Tip- What is a Marathon?
A Marathon takes place over multiple days with minimal outside support (only fueling is allowed).  The teams are required to carry all of their own camping gear and cook for themselves, without the luxuries of basecamp.  Mountain House freeze dried meals substitute for Drew Deckman’s cuisine and there are no showes or bathrooms.  Many competitors mention the Marathon as the most memorable night of the rally, where lifelong friendships are formed in the middle of the desert. 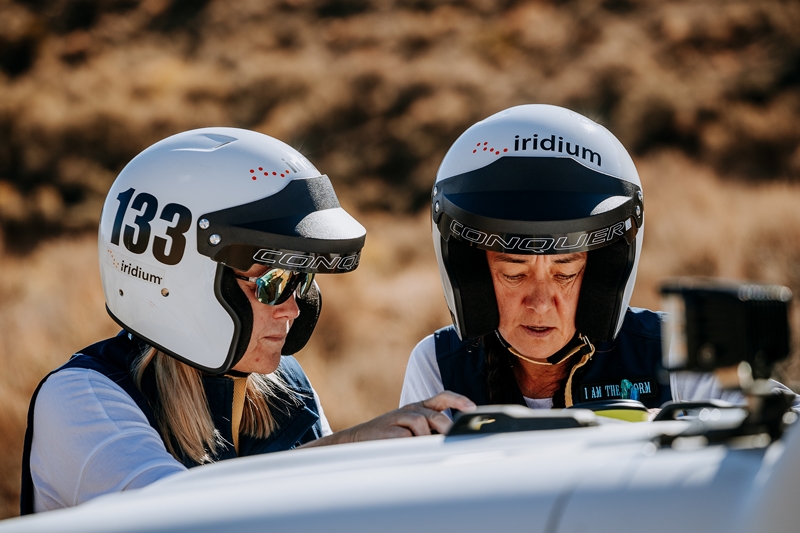 Iridium may be a new official partner, but the Rebelle knows the company well, having invested in their satellite communication systems and Iridium-enabled products since the inaugural rally in 2016. The rally, competitors, and fans watching from afar count on Iridium far more than most realize. Not only do competitors utilize Iridium for safety communications through traditional satellite phones and YB trackers, the Rebelle’s operational backbone is powered by Iridium.  “The Rebelle Rally elevates women across the globe, empowering them to push their limits, and is a good reminder that speed isn’t everything without focus on precision and quality,” says Suzi McBride, chief operations officer, Iridium and driver for Team #133 Stormtrooper. “It’s been thrilling to be part of this community as a Rebelle participant and to firsthand experience the significance of Iridium’s role as the official safety and communications partner in keeping participants connected during the competition.

The Rebelle Rally is the longest competitive off-road rally in the United States. Traversing over 2,500 kilometers through Nevada and California’s iconic terrain, it is an endurance competition for women consisting of precision driving and navigating – not fastest speed. The competition is innovative and unique, using maps, compass, roadbooks and strategy – known as Rebelle Format. GPS and other electronic devices are strictly prohibited. Remote and off-grid for eight competition days, the Rebelle Rally is considered a providing ground for people, products and stock manufacturer vehicles.
To learn more, visit www.rebellerally.com.
Follow live October 7-16, 2021 @ rebellerally.com/live.