After a restless night at Big Dune in high winds, Rebelles channeled their energy to cover 320 kilometers for the first half of the Marathon Leg.  Chef Drew Deckman and his talented crew also overcame adversity to provide a hearty breakfast to the competitors before they headed out on a two-day unsupported marathon leg with no food service, mechanic station, shower trailers, or any of the other luxuries found in basecamp. Along the way they traveled through Ash Meadows, Tecopa Hot Springs, and Sperry Wash, searching for 18 checkpoints (CPs) scattered along the way.  The normal fueling was canceled at the end of STAGE 3 due to the winds, and instead occurred on Tuesday morning. The result was that there was less time to gather CPs, forcing all the teams to prioritize and strategize to maximize their scores. 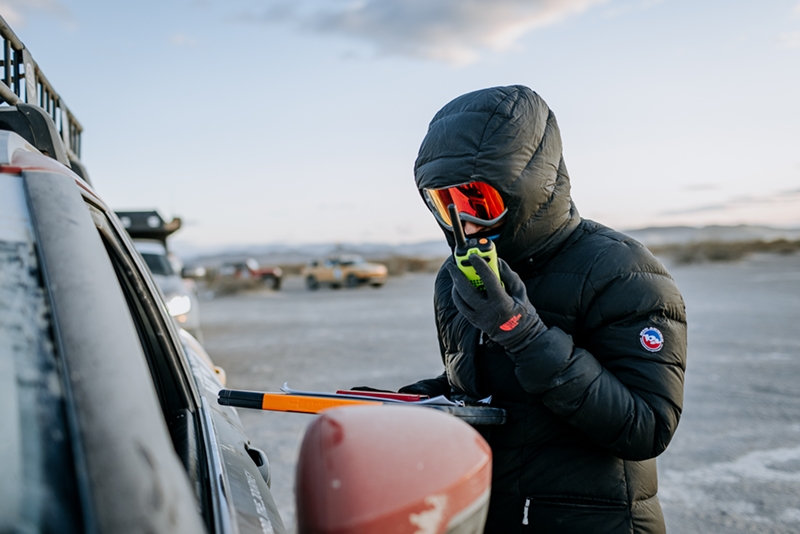 Team #129 4xEventures (Nena Barlow / Teralin Petereit) posted the top score of the day in the 4×4 Class in their Jeep Wrangler 4Xe to extend their lead in the overall standings. The mother and daughter team of #177 Jeep Thrills (Emily Benzie / Christine Benzie) earned the second highest score for the day in their own Jeep Wrangler 4Xe, narrowing the gap between them and Team #150 G.O.A.T. (Shelby Hall / Penny Dale) in the overall standings. Team #152 Toyota Way-Finders (Samantha Barber / Becky Brophy) were the top scoring rookies for STAGE 4, in eighth place in both the day and overall standings. 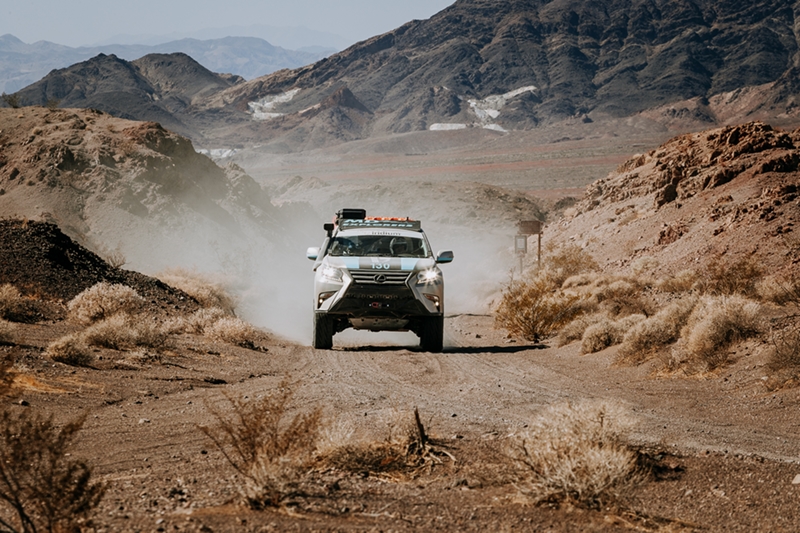 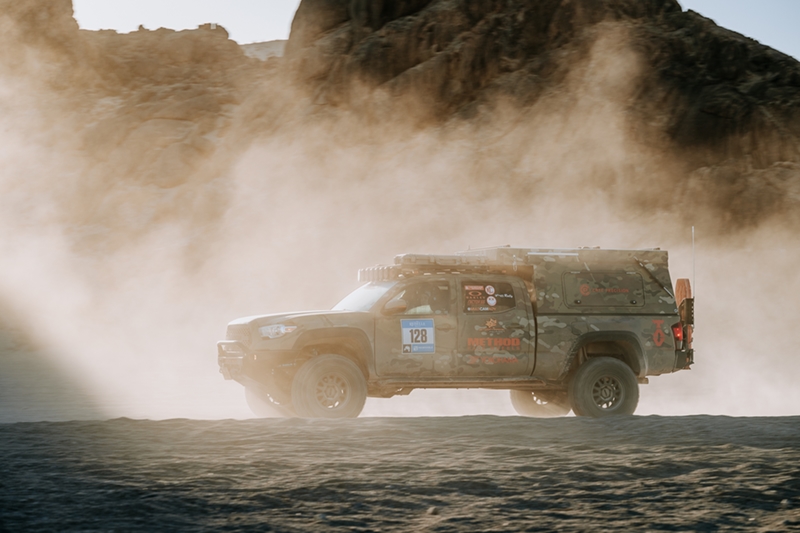 The starting order and start times for each team for STAGE 5 will be the same as STAGE 4. But without an official starting line, competitors are allowed to leave at their own pace, but no earlier than their STAGE 4 start time. STAGE 5 takes the competitors through Rasor OHV area and the edge of the Mojave Preserve on their way to the shores of the Colorado River for the first time in Rebelle history. Co-hosts Rachelle Croft and Matthew Johnson will be greeting competitors at the finish line. Tune in to rebellerally.com/live at 6 PM PDT for the live show with all the latest updates from the rally. 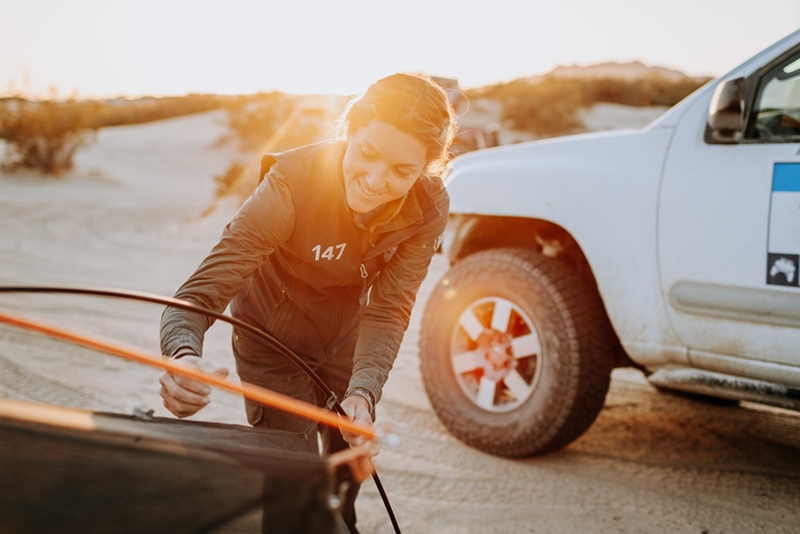 Daily Tech Tip- How to Follow the Rebelle Rally Standings
There are a variety of ways to follow the Rebelle Rally standings in real time as the event progresses.  Clicking on rebellerally.com/live-tracking provides up-to-the-minute positions of competitors on course provided by YB Tracking and Iridium via the Rebelle Rally website or the YB Racing app for Apple and Android.  For those that prefer tabular data, rebellerally.com/live-scoring has just about every statistic you could ever ask for.  There are overall standings for the 4×4 and X-Cross™ classes, links to team bios, and individual CP scores for each day.  Note that 4x4s are separated into Group A and Group B in order to prevent teams from playing follow-the-leader. The flowchart is a handy way to chart momentum of teams from day to day. No one has a perfect rally, and bouncing back from adversity is a critical skill for overall success. 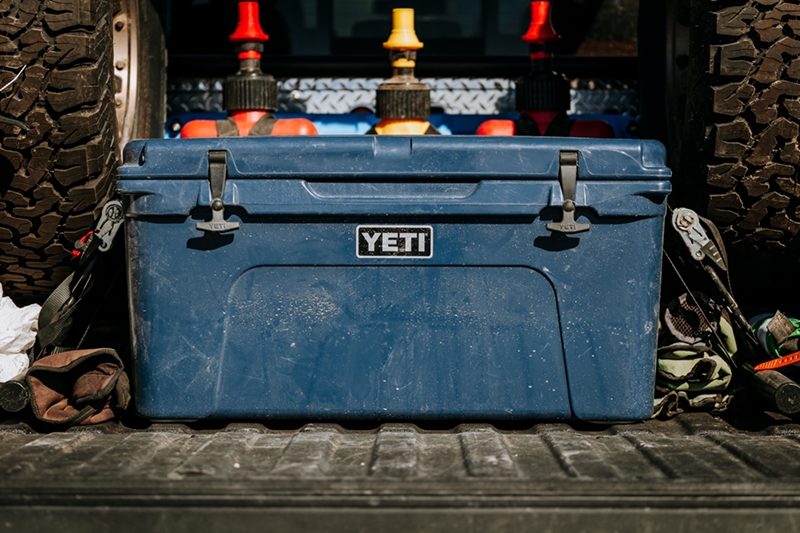 SPONSOR HIGHLIGHT-  YETI
YETI spawned an entire market for upscale coolers with their roto-molded construction with no seams to split, crack, or leak over time.  The handles are formed around a corrosion-proof aluminum rod so the hinge stops can’t be broken as they’re extended.  “Yeti is aligned with and supports our sustainability and environmental commitment to not throwing away plastic bottles,” explained Rebelle Rally Founder Emily Miller. “The durability and the superior quality of their coolers and drinkware stands in stark contrast to the cheap, disposable of products of the past.”