A 1992 Mercedes Benz G Wagon running on chocolate-based biodiesel. A dynamic pair of sisters whose desert adventures date back to college. One epic adventure this October bringing all three together to test their skills this October. Please welcome in today’s Team Tuesday, Team #124 Chelsea Vachon and Kristian Yehl Moley!

Chelsea currently resides in Noosa Heads, Queensland, Australia. She moved quite a bit during her life, and considers Boulder, Colorado home. A Research Fellow at the University of Southern Queensland, Chelsea completed her PhD last year. She studied winegrapes and climate! “Everyone always laughs when I say I have a PhD in wine,” mentioned Chelsea. We personally think it’s nothing short of amazing, Chelsea!

When Kristian called Chelsea to tell her about the Rebelle, her first words were, “This is the coolest thing ever!” and stated she wouldn’t miss it for the world. Every year Kristian and Chelsea would adventure to Moab during college, so teaming up for another one just made sense.

Chelsea is a little nervous about running out of chocolate fuel given its usual inaccessibility. She is excited to take on the digital detox, which won’t be a challenge. “I am more than happy to have a digital detox. It makes me sad to think that, today, we spend so much time online in a digital world. There is a whole natural world out there just waiting to be enjoyed in real life.”

Also competing is Bertha the G Wagon that Kristian lovingly restored. Bertha (named after Bertha Benz) will be the icing on the cake for Chelsea. Previously, Chelsea off-roaded in Jeeps, and is looking forward to the experience in a new type of vehicle.

And Chelsea won’t be leaving home without her stuffed bear, Como.  She travels a lot for both work and pleasure, and learned having a little piece of home with you when you wake up in a place far from home is key. 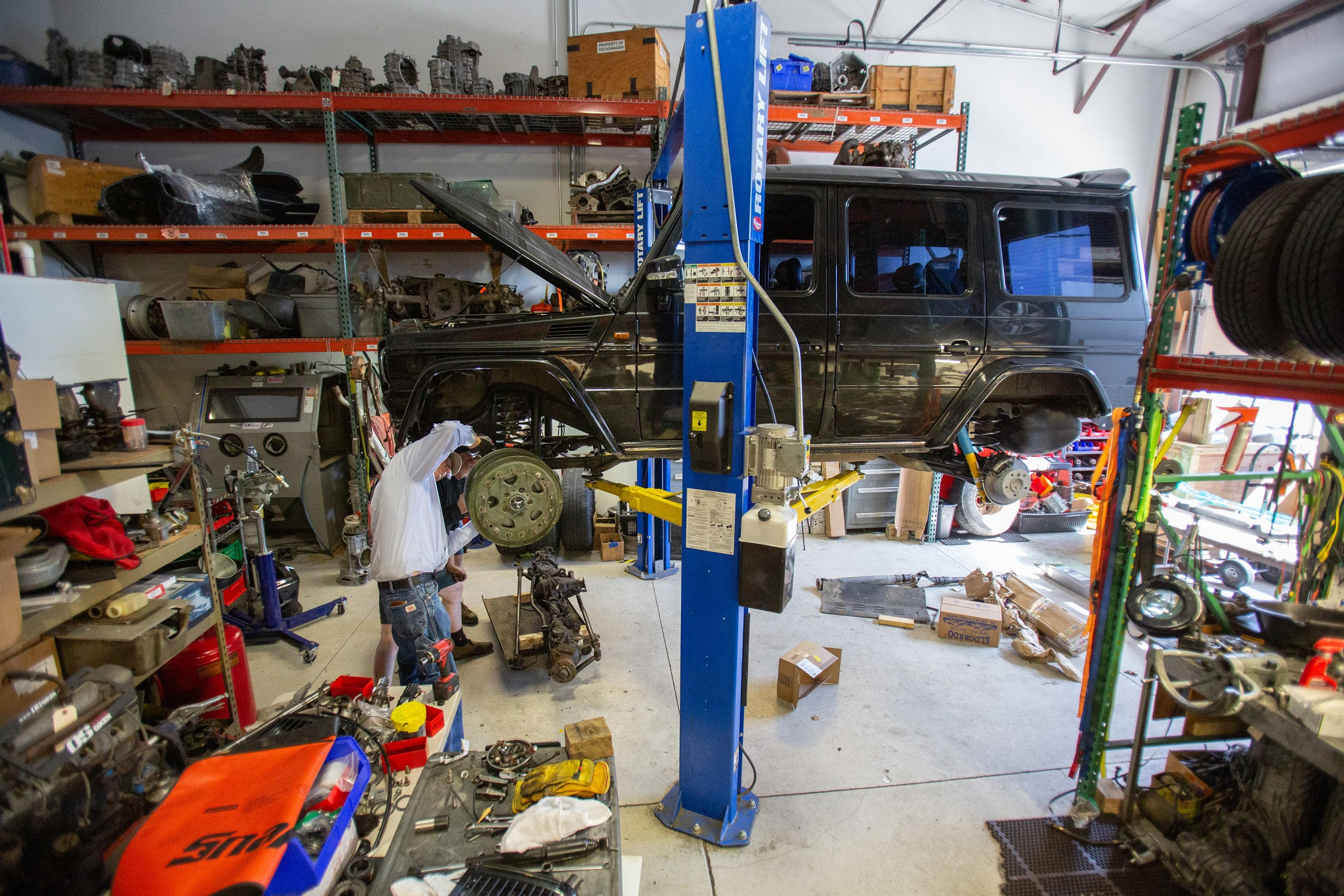 Kristian currently resides in Boulder, Colorado. She’s a mom and left her previous job to stay at home with her kids – but found she was sad not creating anything for herself personally in her daily life. So she started teaching herself photography, videography, design, and marketing, seeking a creative outlet. She is now a content creator and manager for her family’s chocolate company as well as a creative consultant for women run start-ups.

It’s natural for Kristian to compete alongside Chelsea as she not only introduced her to off-roading more than 20 years ago, but also to adventure.

“It was like Lara Croft walked into my life when I met Chelsea. She had taken a chance at life and not just left for college but abandoned a life to which she couldn’t belong. We soon spent most evenings, every weekend, every holiday, and now 20 years with each other. My family adopted her and gave her a new place to belong. I would be a shadow of myself if she had not brought such light and adventure into my life. She is my sister in every way that matters and the best person to ride the Rebelle with.”

She’s also excited to take on this dream adventure with like-minded women. “Every current Rebelle and future Rebelle that I meet seems to link arms with my spirit. I see the smiling face or the determined eyes of a Rebelle, and I see myself reflected back. I think this is a place to belong, and I’ve been looking for it my whole life.”

And that chocolate biodiesel? Kristian’s husband has 25 years in chocolate industry. From restoring abandoned chocolate equipment to buying used and making it better, he knows chocolate. After years of composting or giving away “waste” chocolate (chocolate that can’t be sold), he took his engineering mind and made a chocolate based biofuel.

“Not all 4x4s are available as diesel, so they’re not all capable of running on biodiesel, but the Mercedes G Wagon started out as a diesel and is nearly unchanged in design since it’s inception in 1979,” stated Kristian. “We’re excited to take a car that undoubtedly represents brilliant engineering and upgrade it with a 21st century, environmentally friendly fuel.”

There you have it – the first biodiesel in the Rebelle will be running off of chocolate. And not just any chocolate – Chocolove.