Don’t let the laughter and smiles of Team 140 fool you. While Emme Hall and Rebecca Donaghe enjoy a good laugh, they are serious competitors who finished on the podium third last year and have their sights set on victory in 2018.

Emme is an automotive journalist fueled by Diet Dr. Pepper who appreciates the street cred she gets from her male colleagues when she tells them she competes in the Rebelle Rally. While she is competitive, Emme is also Zen about the rally. “I don’t like to know where we are in the standings, otherwise I’ll start second-guessing my choices, and wondering what the other teams are doing. In the Rebelle, as in life, basing your decisions on what you think other people are doing is not the best way to win.” 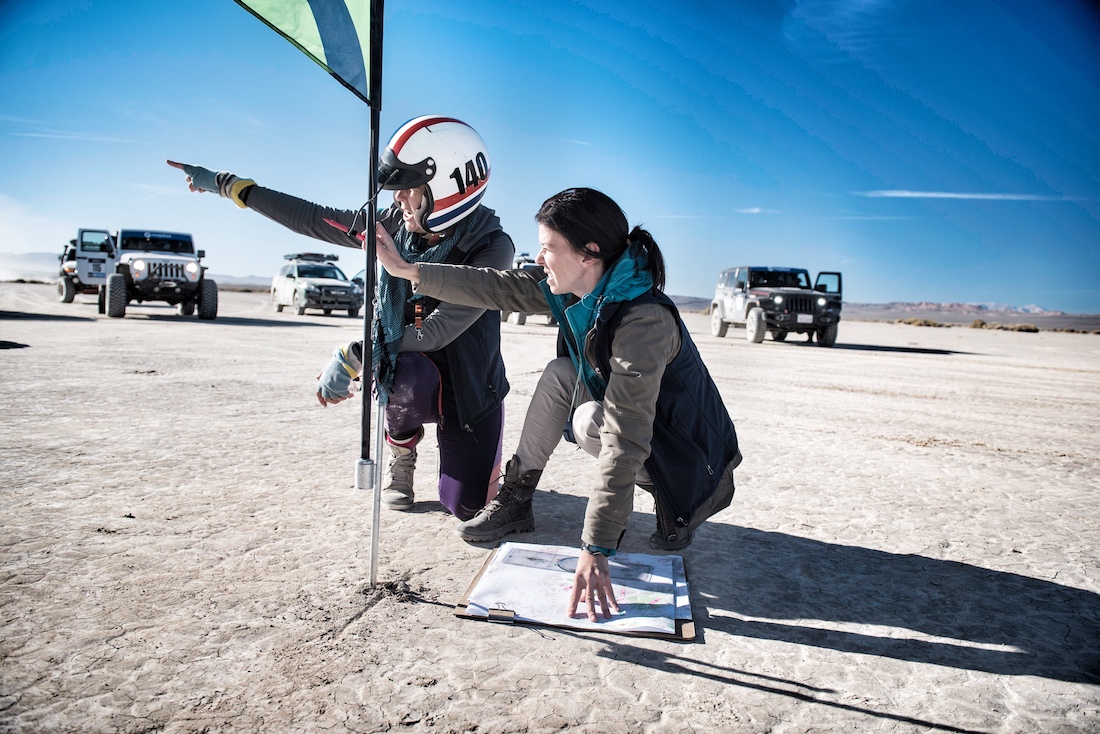 Rebecca is a television producer who’s resume includes introducing Jay Leno to navigation and other aspects of the Rebelle Rally. She says “I’m better at throwing away mistakes, better at moving forward with incomplete information, better at correcting course with new information and not holding onto decisions that no longer serve the best way forward,” as a result of competing in the Rebelle Rally. “I’m actually terrified of heights, the ocean and being lost. It’s why I learned to rock climb, surf and sail, and rally with no tech. My best bucket list items are based on some of my biggest fears.”

After piloting a pickup truck in 2017, this year the pair will be driving a brand-new Jeep Wrangler JL. As an automotive journalist we expect Emme to thoroughly put the Jeep through its paces, all in the name of product testing. “I have been on countless press trips that have had an off-road element to them, so that the journalists could write about how the vehicle performed in the dirt. The problem is that the off-road course is always set up by the manufacturer for guaranteed success,” Emme explained. “It’s not real-world testing. By putting a vehicle in the Rebelle, manufacturers get invaluable feedback as to how their vehicles perform off-road.”