Day 6 of the rally started with an Rebelle Enduro Challenge in Johnson Valley OHV Area that gave competitors a taste of traditional rally raid events such as the Dakar Rally. Following the timed-controlled Enduro, the teams had 18 checkpoints to locate in just a few short hours before a long transit stage to the Imperial Sand Dunes. The route took the women of the Rebelle Rally through Joshua Tree National Park. The park’s 800,000 acres span three ecosystems and contain exposed granite monoliths that are a mecca for rockclimbers. 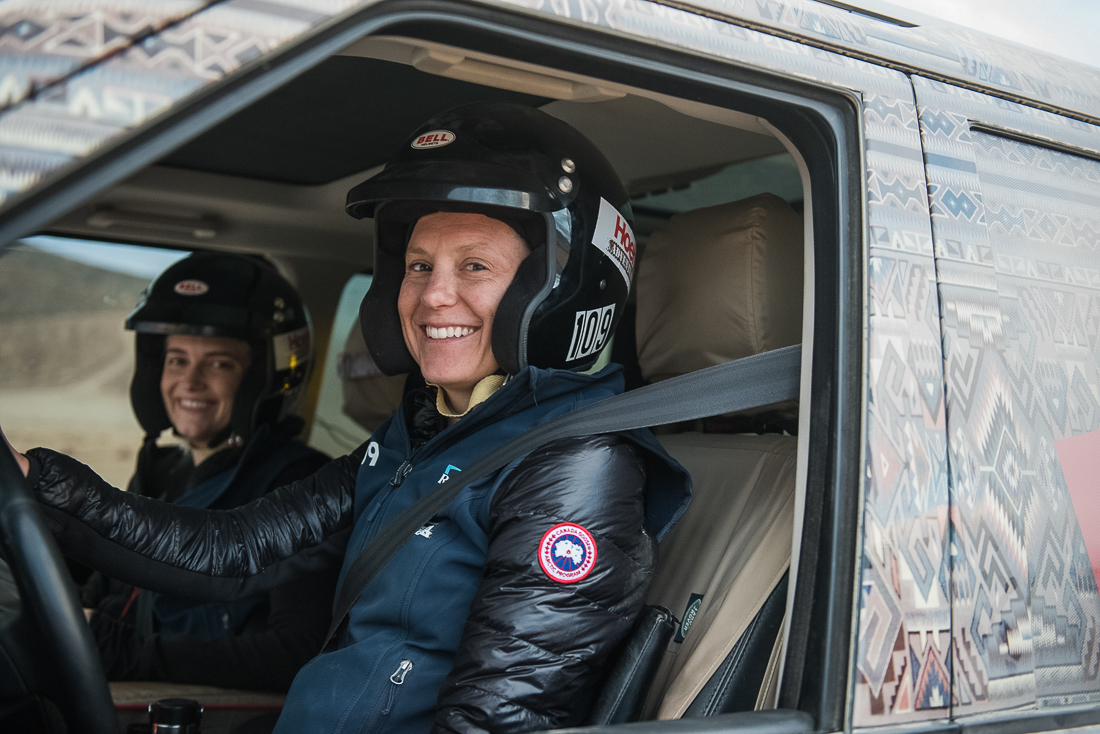 Original Rebelles Jo Hannah Hoehn and Susie Saxten of Team Hoehn Adventures (#109) placed first on Day 6 in the 4×4 Class; the second time they have earned the top score on a given day.  “We really excel on the short, small stages where detail is key,” Hoehn confessed.  This strong day puts them in seventh place in the overall rankings for the 4×4 Class.  Returning Rebelles Cora Jokinen and Melissa Fischer of Team Torq-Masters (#104) came in second place for the second day in a row, moving them up to fifth in the overall standings.  “We switched up how we approach the Black CPs.  In my previous career I was an architect, so now I am drafting up the Black CPs and letting Melissa double check them.” 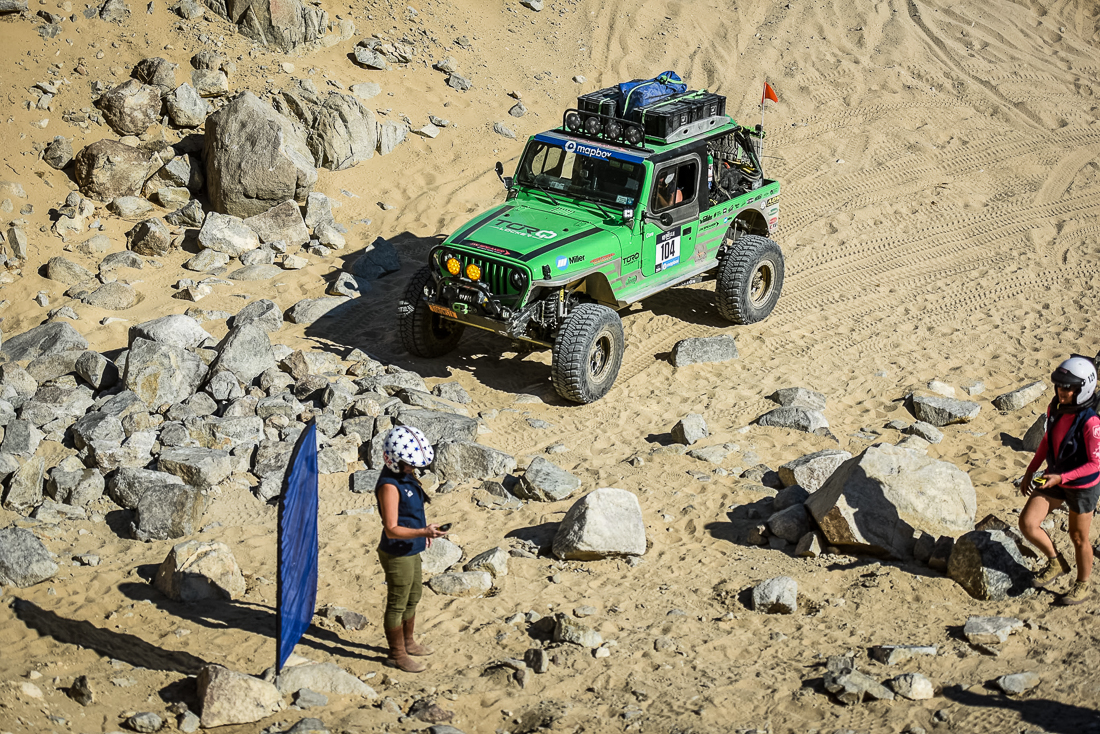 Kaleigh Hotchkiss and Teralin Petereit of Team Blondetourage (#125) maintained their slim lead over Emme Hall and Rebecca Donaghe of Team Anemoiniacs (#140) in the overall standings of the 4×4 Class.  The standings coming into the final day mirror those of the first Rebelle Rally a year ago, when it came down to the wire for these same two teams.  Consistency has been key to allowing Hotchkiss and Petereit to stay at the top of the standings throughout the Rebelle Rally.  Their worst finish on a single day was sixth place.  Hotchkiss won the 2016 Rebelle Rally prior to joining up with Petereit, who has plenty of experience exploring around her home in Moab, Utah. The top five teams in the overall standings all include women who participated in the first Rebelle Rally, highlighting the importance of experience. 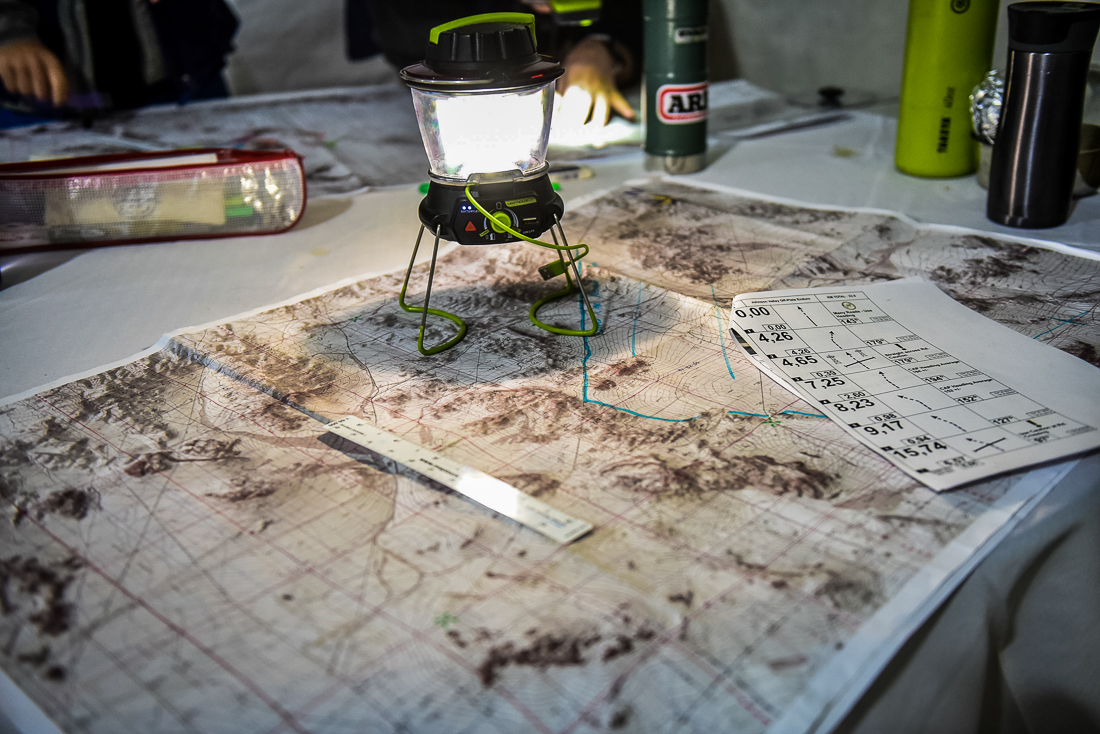 From Johnson Valley the teams drove around the Salton Sea before arriving at the Imperial Sand Dunes, better known as Glamis. This area is the northern extension of the Algodones Dunes, the largest dune field in North America. Base Camp 3 is set up at the edge of the dunes, which will play host to the final stage of the rally. Friday’s stage was crafted to test every navigation and driving skill that the teams have developed over the past week. “Those who take risks will be rewarded,” Rebelle founder Emily Miller shared. Log on to rebellerally.com/live to see the action unfold in real-time. 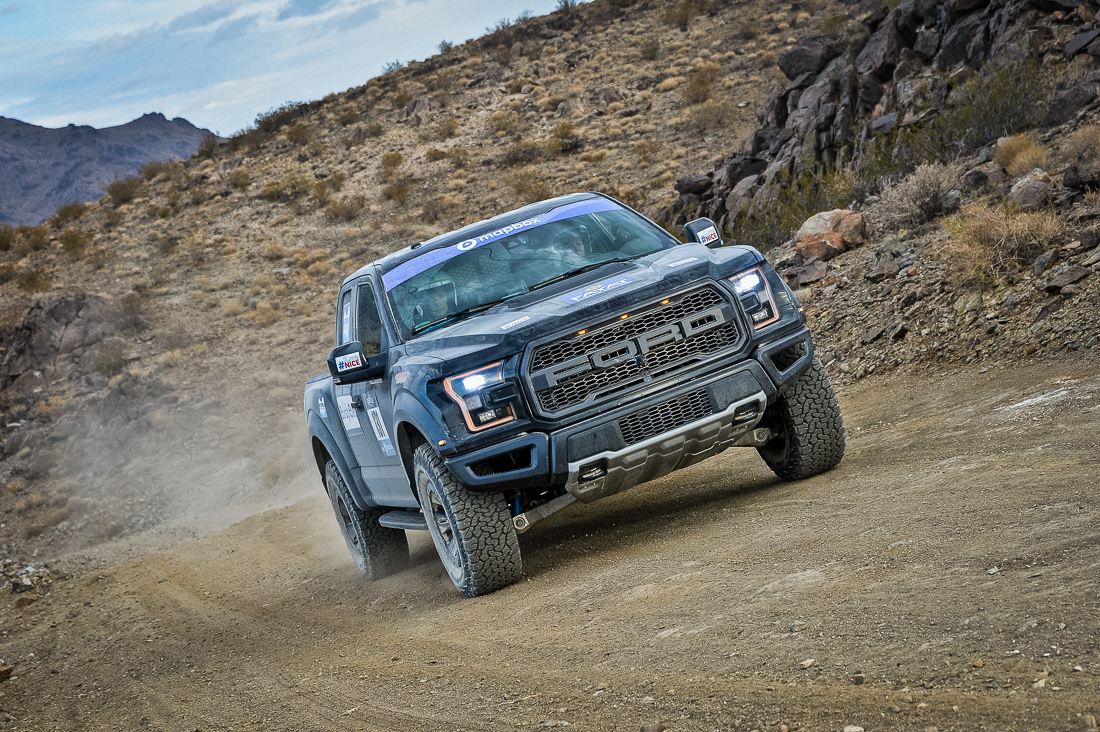 The Bone Stock Award is presented to the team that places highest in a vehicle that is exactly as delivered from the factory.  The only allowable change is different tires, but even that are limited to the factory sizing. Currently Emme Hall and Rebecca Donaghe of Team Anemoiniacs (#140) lead in Bone Stock and are second overall in the 4×4 Class behind the wheel of a Chevy Colorado ZR2.  Only three points back from Team Anemoiniacs (#140) are Nena Barlow and Chris Mayne of Team 4 Corners (#129).

Four of the top ten teams carry the Bone Stock designation, proving that you don’t need a heavily modified vehicle in order to be successful at the Rebelle Rally.