In true Rebelle fashion, Glamis wasn’t the only thing bringing the heat in the final stage today – the battle for the podium was fierce up until the last moments of the competition with third place a back and forth between two teams – one rookie and one returning. And the final stage’s location of Glamis, known for its imposing size and complex terrain, continued to prove an interesting end to the Rebelle.

This year’s course, built by Rebelle Founder Emily Miller and Course Director Jimmy Lewis, threw the competitors some new challenges earlier in the week and continued to push their abilities each time the teams left basecamp. Teams traversed over 2,300 kilometres over the past nine days and now are ready kick off the dust and celebrate their accomplishments. 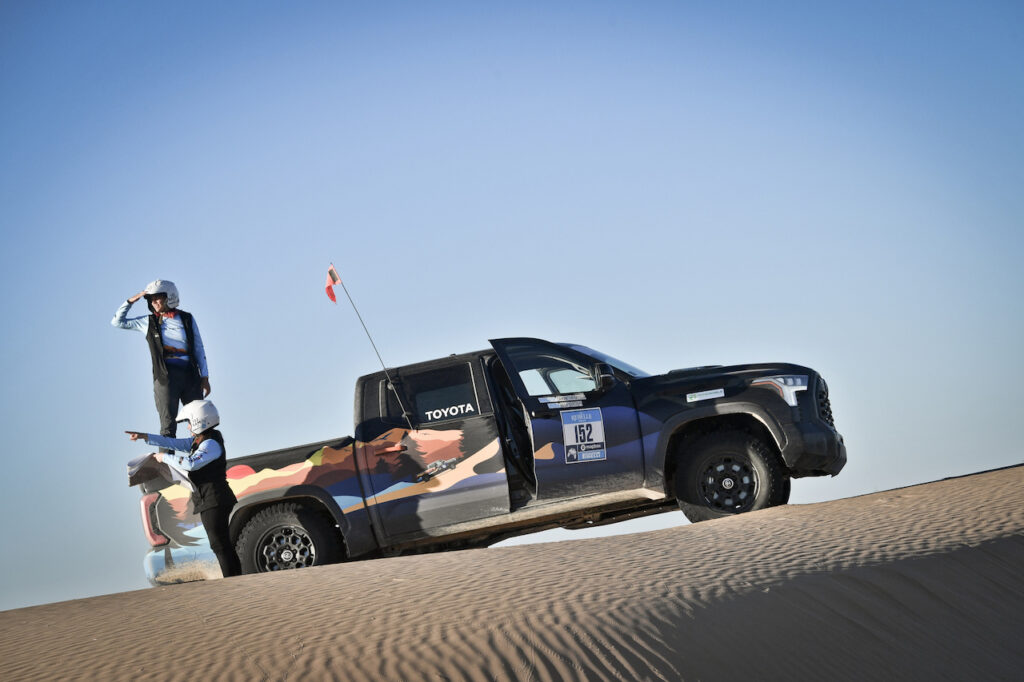 At the top of the 4×4 standings for the second year in a row was Team #129 4xEventures (Nena Barlow / Teralin Petereit) who were able to hold on to their lead as the teams chased their points through the dunes. Giving their best push throughout the entire rally and ending with a second place podium was Team #188 Dirt Hustle (Laura Wanlass / Maria Guitar). Their consistency paid off and kept them at the top of the rankings at every stage. The real battle of the final stage was for third place in the 4×4 class, where a Toyota made it to podium for the first time on the Rebelle Rally. Team #152 Toyota Way-Finders (Becky Brophy / Samantha Barber) fought a very hard battle against other competitors to put their 2022 Toyota Tundra up to the podium. The Toyota Way-Finders were the 2021 Rookies of the Year and returned back to prove they weren’t just a one-hit-wonder. They narrowly edged out Team #187 Limestone Legends (Lily Macaruso / Alex Anderson) who finished their Rally as the Rookie Team of the Year with an impressive fourth place finish in their Rivian R1T. 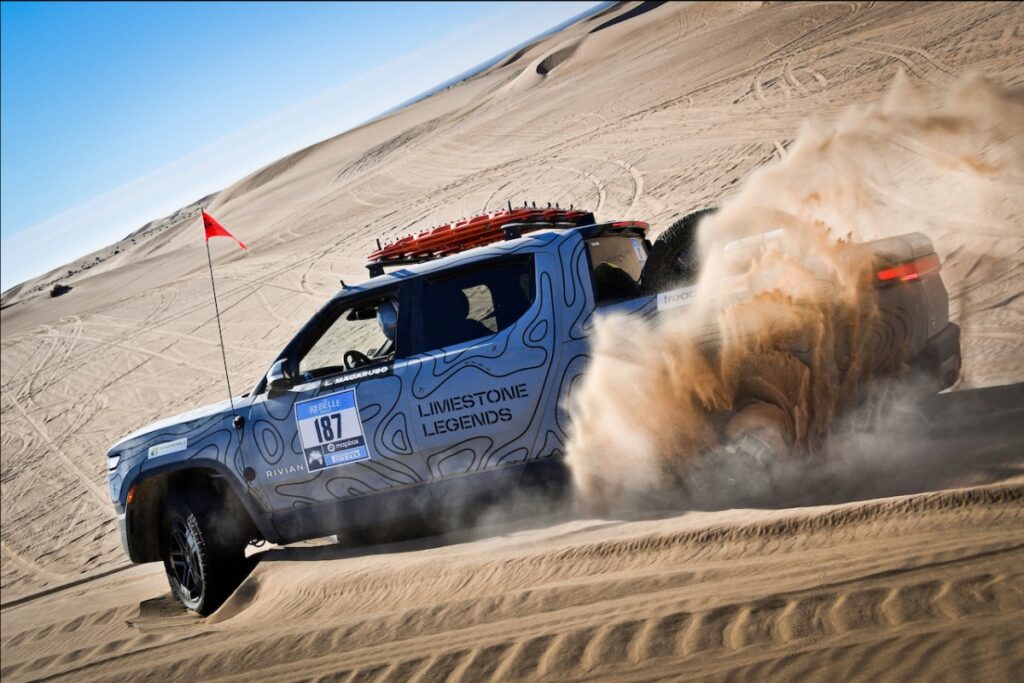 In the X-Cross™ class, bone stock vehicles ruled two of the top three spots. On the top of the podium was Team #200 Built Wild (Christine Benzie / Melissa Clark) who got to the top and never let the position go. Their bone stock Ford Bronco Sport Badlands conquered all of the challenges the team threw at it and landed the podium for the third year in a row. Following closely on their heels was Team #216 Wild Grace(Sedona Blinson / Lyn Woodward) in their bone stock Nissan Pathfinder Rock Creek Edition. Both veteran teams worked for their points in the X-Cross™ class just as hard as they have in the 4×4 class. Rounding out the top three was a fan favorite throughout the rally, Team #204 MtnSubie (Carey Lando / Angela Lux.) Their souped up Subaru was the envy of many an individual who has their own Subaru Outback in their driveway.

Tomorrow’s update will include designation awards, the Team Spirit Award winner, and a report straight from Rebellation. 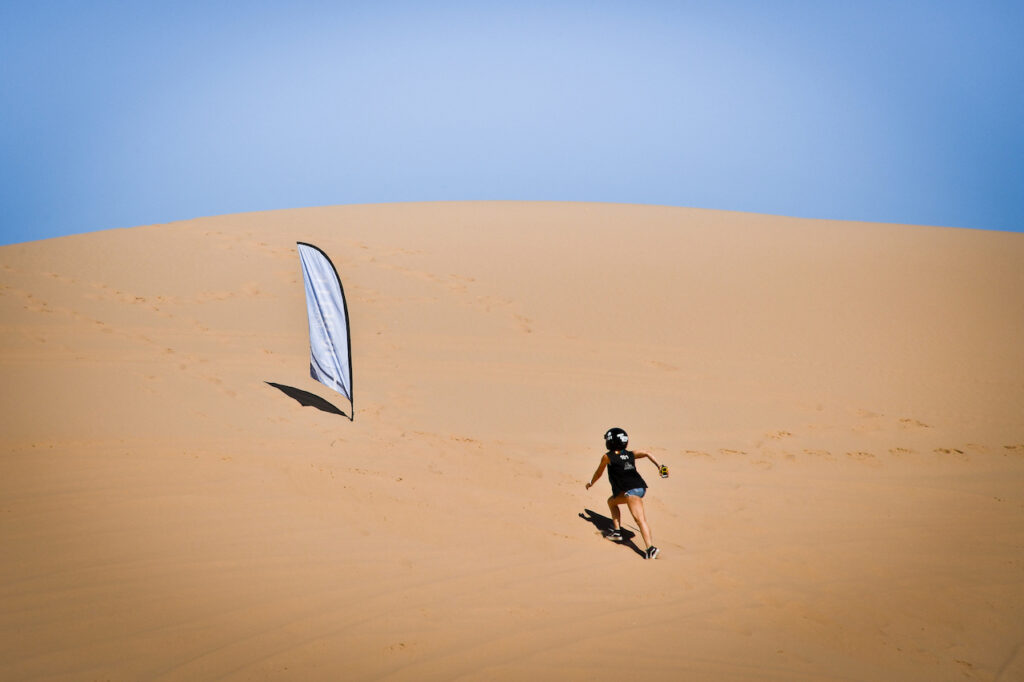 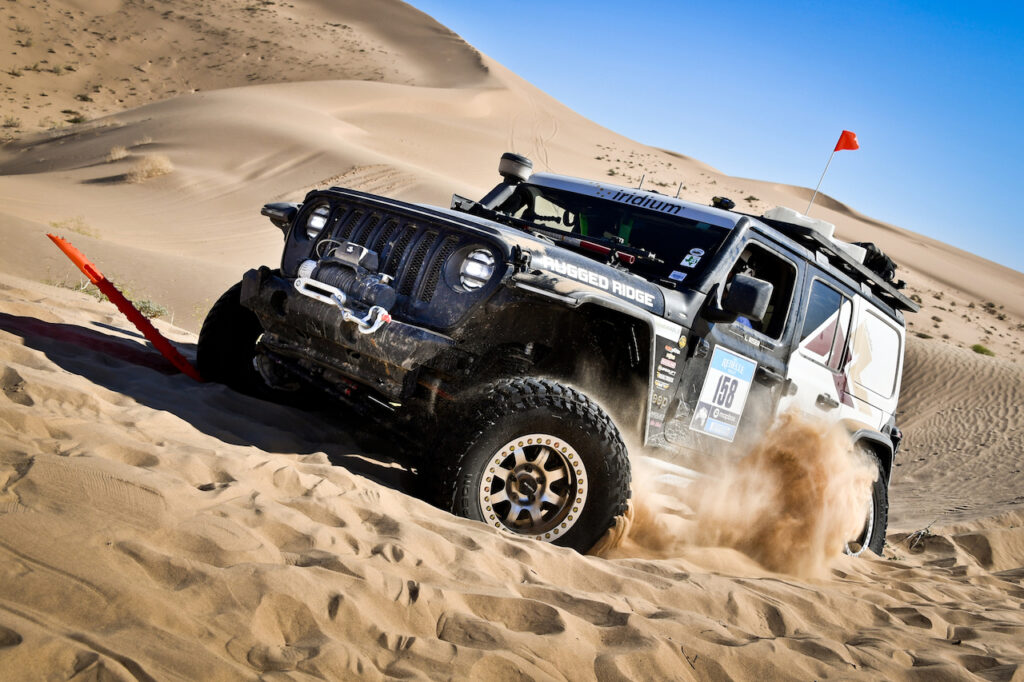 Daily Tech Tip- What Is the Team Spirit Award?
It is not always about your score, but how you compete. The Rebelle Rally Team Spirit Award is designed to promote and encourage a positive spirit in the midst of focused competition. It is searching for solutions, providing encouragement, and treating others with respect and enthusiasm – which ultimately results in fostering a spirited, competitive climate.  The Team Spirit Award winners, as voted on by competitors and course staff, will win a $5,000 donation in their name to the charity of their choice.

Enter to win $3,000+ worth of Rebelle-proven products in our 2022 Ultimate Rebelle Giveaway! 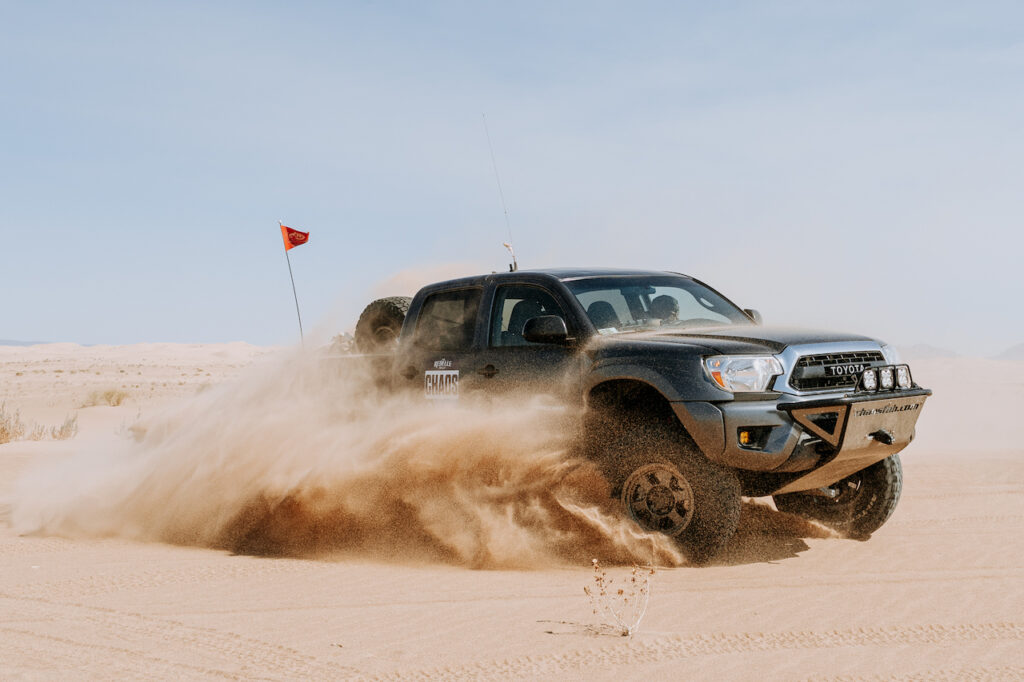 The dunes and our official suspension partner TOTAL Chaos go hand in hand. Case in point: TOTAL CHAOS Fabrication. Single-handedly responsible for the “midtravel” suspension segment with their introduction of the tubular Upper Control Arm (UCA) in 2002, TOTAL CHAOS Fabrication has been innovating for decades now, and they have been supporting the Rebelle Rally since its inception. Their control arms use race-quality components to increase wheel travel without the need for custom fabrication.  With TOTAL CHAOS’ commitment to quality, craftsmanship, customer service, and constant innovation, we are proud to call them our Official Suspension Partner.